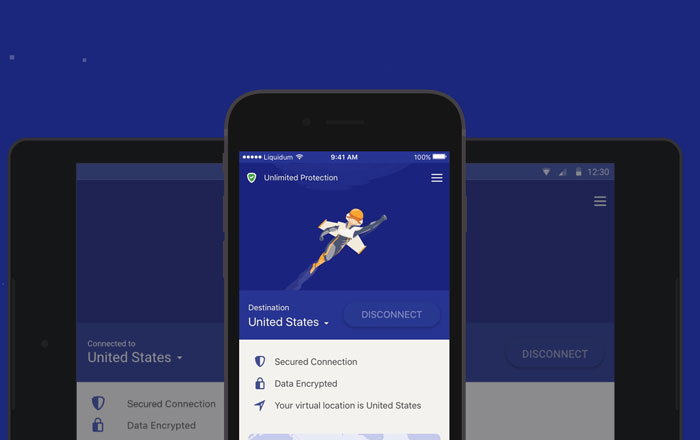 A virtual private network or a VPN is something not a lot of Internet users are aware of, but the few who are, use it to its fullest in order to satisfy their needs. With the dawn of the smartphone age, VPN clients have migrated into the app space in large numbers, and Rocket VPN is one such option which we’ll be focusing on today.

This tool is available for download for both Android and iOS devices via the Google Play store and the Apple App Store, respectively. Once you have it installed on your phone, several doorways open up for you, while your browsing too remains private, meaning no ISP will be able to keep a track of your activities even if they wanted to.

The main use of Rocket VPN is arguably the ability to browse the Internet using servers from different regions from around the world. Content that has been blocked in your home country hence becomes accessible in a single click. We’re talking torrent websites, geo-blocked games like Pokemon Go, video streaming websites like Netflix and much more.

This aspect of Rocket VPN can be used by Android users in another very interesting manner. As you know, OTA updates take too much time to arrive even after they have been publically released, since the manufacturers of smartphones send them out gradually in a country by country manner. At such times, you just need to find out which country has the update available right now. You can then use Rocket VPN to switch the server to that country and get your download.

VPN apps however have much more to them than this. With privacy being such an important factor for Internet users these days, such apps take a more important role than before. That’s because using VPN encrypts all the information that you share online, making it inaccessible to anyone; even your ISP. And since you can fake your location as well, that too is something you can keep a secret. 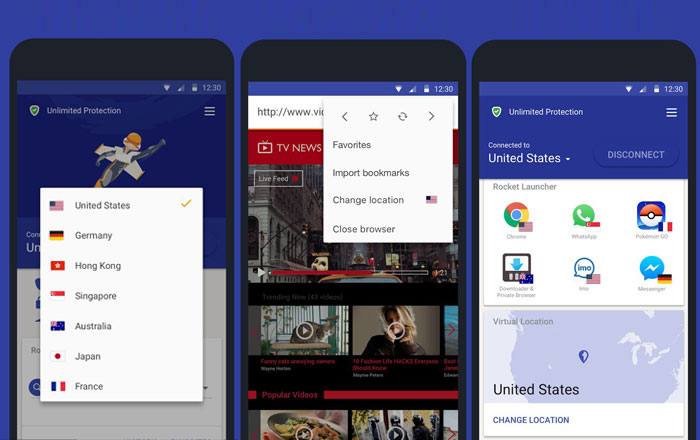 One great feature that makes Rocket VPN unique is its ability to create app icons for protected apps. For instance, if you always want to browse YouTube via VPN, this app enables you to create a separate icon for a VPN-based YouTube, that you can place on your homescreen. This cuts the time you’d normally spend in opening Rocket VPN and turning the service on.

What’s also great is this app comes with a swift and easy to understand interface. For those new to VPN, this is a great thing to have since you won’t be wasting much time in understanding how to get going. With a simple dropdown menu, the app lets you choose the country you wish to access the Internet from, while above it is a usage meter showing how much data you have consumed with the app running.

This is what brings us to the payment options. Sure enough, with such incredible abilities onboard, Rocket VPN could not have been completely free. However, it does offer 250MB worth of data free every month. If that is not enough for you, you can pay Rs 281 every month. A plan for 3 months will cost you Rs 632, whereas an annual deal will set you back by Rs 1687.

But like we said, the first 250MB of data is free every month, so do give Rocket VPN a try if you’re interested in such a service.