Elon Musk thinks the buzz around the metaverse is marketing drivel. On the other hand, Facebook has given itself a new name (Meta) and goal to play a vital part in molding this next version of the Internet. And then there are a lot of folks who feel the metaverse is already here.

So what is the metaverse and why are all the big tech and gaming companies excited about it? Most importantly, will it introduce any meaningful changes to our lives beyond new ways to socialize with others, support for a parallel and decentralized virtual economy as well as an explosion of creators of NFTs (non-fungible tokens), influencers and the likes?

The simplest way to understand the metaverse would be to imagine a new Internet which you inhabit as a distinctly identifiable virtual character. It is a persistent 3D environment built on universally accepted protocols which let you seamlessly port your digital assets across virtual worlds. Some presume that its fully realized form might not give you the option of checking out because you may have to remain in the metaverse during all your waking hours. 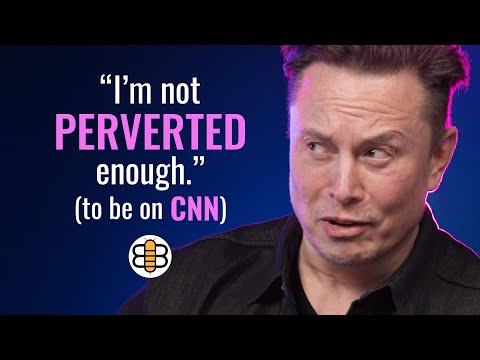 This kind of tech might seem insidious, but it’s not as scary as you imagine. We’re already staying connected to the web for far longer than would seem strictly healthy on the surface. When we’re not working, flipping through social media, playing games and watching or listening to content online, we’re using our phones to order food, hail a ride, find our way around town, shop, keep tabs on our health, learn new skills and so much more.

What if you didn’t have to sign out of Zoom, but just step out of your virtual conference space at the end of the work day, meet your friend who’s waiting outside your virtual office and head out to a virtual concert or take a virtual tour of another part of the globe? One could say that since you can do all of the aforementioned activities online currently, the metaverse is already here and merely needs to remove the barriers that force users to sign in and out of apps and websites in order to engage with each of them.

And that really is the dream, the one that Facebook (sorry, Meta) is heavily invested in. It’s fundamentally an always-on Internet without borders where you spend more time doing what you really want and less time traversing between your virtual and physical worlds or different online platforms. Meta rolled out social gaming app Horizon Worlds and the open beta of Horizon Workrooms in 2021 to that end.

It’s not just Zuckerberg; the decision makers at the helm of properties like Roblox, Fortnite, Rec Rooms, Decentraland and so on have implicitly or explicitly expressed interest in growing them as part of the great metaverse where individuals who are physically apart can still hang out or participate in activities together.

Did You Know: The word ‘metaverse’ first flew out of the pages Neal Stephenson’s 1992 novel titled Snow Crash. It was used to describe an iteration of the Internet populated by user-controlled avatars.

People have already been socializing, gaming together and creating assets in the virtual world among other things via the likes of Second Life, Fortnite, Axie Infinity, Decentraland and Minecraft. But there are glaring obstacles that separate these different worlds in the sense that you can’t have your avatar walk out of Destiny with the Trinity Ghoul and start shooting up monsters in Risk of Rain with the same weapon.

For the proposed metaverse to come into being as big tech envisions it, these hurdles will have to be broken down. For example, it needs to agree on common protocols which will enable people to use their digital assets — such as a personalized online avatar — across multiple services like Zoom, Twitter, Roblox and Twitch. It also requires superfast Internet connectivity, tighter privacy regulations, cutting edge hardware, decentralized and secure forms of currency to encourage an online economy around virtual goods and more.

So why is Elon Musk skeptical about the idea? The Tesla CEO and SpaceX founder can apparently not imagine a future in which people would want to have a screen strapped to their face all day. A lot of folks might agree with him. Perhaps it has to do with the fact that our current concept of the metaverse is ill-defined. Our understanding of its full potential may be hobbled by the technology available to us at present as well as the ways in which we interact with it.

But the pandemic has shown that people and companies are more willing to embrace tech in their daily lives than previously assumed. Since 2020, millions of kids have had their first introduction to schooling via virtual spaces in many countries around the globe. Advanced AR and VR headsets are slowly but surely trickling into non-enterprise users’ hands. A huge list of casino games can be played using cryptocurrency instead of traditional payment solutions.

Mike “Beeple” Winklemann’s Human One 3D video sculpture sold for $28.9 million recently, and it wasn’t even his biggest NFT sale in 2021. Decentraland has been replacing NPCs (croupiers) in its virtual gambling den with actual people who are paid in MANA which is based on the Ethereum blockchain. People are celebrating birthdays in Animal Crossing and going on Zoom dates.

All of the aforementioned facts when read together not only betray a growing acceptance of pervasive connectedness as well as the potential value of digital goods as assets worth investing in, but also give one the idea that we’re already hurtling towards a more evolved version of the Internet, whether you’d like to think of it as the metaverse or not.