Risk of Rain 2 Acrid was introduced as a playable character with the Hidden Realms update. For those new to it, this platformer involves players racing against the clock to activate the teleporter at all but the final level. Coming back to ROR2 Acrid, he was an essential character in the first Risk of Rain. He is a melee/ranged hybrid character — helpful in fighting bosses, especially when playing as a team.

The mechanism for unlocking the various new characters in Risk of Rain 2 can be complex, and the same holds true for Acrid. It can be a bit overwhelming for newer players trying to figure out the procedure to unlock certain characters. In this Risk Of Rain 2 character unlock guide, we will dive deep into the process of unlocking Acrid.

Acrid aka ‘Poison Doggo’ who has been equipped with a fantastic self-sustaining melee ability, was introduced to Risk of Rain 2 with the release of the Hidden Realms update.

The game lore says that the particularly unlucky Acrid originally fell onto Petrichor V along with the rest of the UES Contact Light’s cargo. The Void Reavers then imprisoned him in the Void Fields.

Some of the powerful abilities that ROR2 Acrid possesses include his skill to stun monsters, drain out 10% of enemy health progressively, wreak havoc with the Neurotoxin buff, and spit toxic bile. He can deal considerably great game AOE damage that helps win team battles.

The Clue to Unlock Acrid?

You can also find a hint there that you need to stabilize the cell found in the Void Fields for Acrid to be unlocked via the challenge. But if you’d prefer the step-by-step guideline, here goes.

How to Unlock Risk of Rain 2 Acrid character?

You need to first reach the Bazaar Between Time level. You can do this by entering the blue portal which spawns in two ways — They spawn randomly when you finish a teleporter event, or you can guarantee its spawning making an offering of a Lunar Coin at a Newt Altar. The latter is hidden all over the place at every level. It sorta looks a statue of a chubby blue larva.

No matter which method you choose, the teleporter event — defeating the boss and/or monsters and charging it to 99% by staying within its dome — has to be completed before you enter the Hidden Realm environment through the blue portal. This will transport you to the Bazaar.

Then jump off your perch into the misty greenish yellow chasm below you. No need to brace yourself for impact since you won’t suffer any fall damage here. Upon landing, you’ll practically walk into the Null Portal, which is a purple and black entry-point into the Void Fields.

This purple gateway can be accessed only once per run in the Bazaar. Now get ready to fight waves of enemies as you activate all nine cells spread out randomly in the area, in order to get Risk of Rain 2 Acrid. Each purple cell has a protective dome around it. You will take damage when you’re outside its boundary, which is why you must stay within it as much as possible.

Once a cell is fully charged, the dome will vanish along with the monsters it awakened. While dashing from one cell to another, take a breather in their protective fields until you’re healed before activating them. You can alternatively, activate multiple cells at the same time.

But make sure you enter this realm with a high mobility character like Engineer or Huntress if you hope to finish the challenge successfully. We don’t need to tell you to avoid as many hits as you can. The margins in this challenge are hair-thin, and evading attacks pro-actively might be the difference between winning and failing. 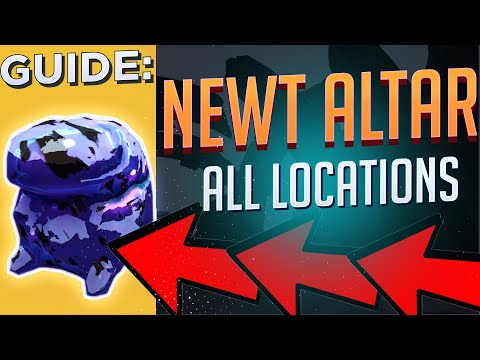 Why is Acrid so cool?

The macabre poison spewing ex-prisoner, Acrid, fights with a vast array of skills gifted to him. Let us look at some of his most powerful features in ROR 2:

Pro Tip: You can cancel the Vicious Wounds Attack Animation by initializing a dash. When you do this, Acrid can attack rapidly and become more effective.

Frenzied Leap is another powerful weapon available to Acrid. He leaps into the air and it presents a challenge as Acrid lands to deal an enormous 550% damage. The cooldown for Frenzied Leap reduces with every enemy hit, and thus, it can be used for repeated quick attacks.

Neurotoxin is a powerful projectile in the armory of Acrid. Acrid can spite toxic bile on his enemies. The venom of these range attacks implants a massive 240 percent damage.

Ravenous Bite deals a heavy 310% damage to the enemy. This secondary skill multiplies its damage by 2% for every 1% missing enemy health.

Epidemic is another skill that Acrid uses to poison multiple targets with one attack. A single attack of this deadly poison deals a decent 100 percent damage. Aiming it at the floor or walls can allow you to reliably hit flying monsters since it tends to bounce off surfaces.

The real power of this hit is, however, in how the disease spreads. As the name suggests, Epidemic sets into action to release a deadly disease into the enemy population to eventually infect up to 20 of them. Acrid moves along onto more critical tasks, as his targets suffer in the misery of the fast-spreading poison.

ROR2 Acrid’s trademark attack infects targets with slow-acting poison to wreak havoc over time. Not all of Acrid’s attacks are poison-infected. He releases poison with a few of his hits that reduces 10% of the victim’s maximum health over time. Acrid’s poison cannot kill enemies but can be used to deplete their HPs before the carry wipes them out with one swift attack.

Blight is a powerful passive skill. All of Acrid’s attacks that apply Poison apply Blight after it is unlocked. Blight deals 60% damage per second and stacks with multiple ticks per second. For example, it ticks primary vicious wounds damage with repeated stacks.

Blight ticks three times per second for 5 seconds and has to be unlocked by completing the Acrid Easy Prey challenge.

Caustic Leap is an athletic skill in which Acrid takes a leap in the air and deals massive damage on impact. The skill implants a heavy 320 percent fall damage, but its most important benefit is the accompanying stun. The stun can enable the hitters in the team to wipe the ground clean and may turn out to be the crucial difference between losing and winning a multi-character battle.

Acrid also infects the area by submerging it in a pool of his strong poison. This can be great for hurling early game AOE destruction of 25 percent to enemies in that region.

As we see, Acrid has a good arsenal of heavy damage attacks. He can attack single targets, multiple individual targets, or deal great early game AOE damage. We next look at the Loadouts available for him.

Which Acrid Loadout to play?

You can choose one loadout for Acrid from the two available in the game – Caustic Leap and Frenzied Leap. You can select either depending on the kind of role you want to assign to Acrid. Essentially, the decision boils down to the damage type you intend to deal with Acrid.

You could use Frenzied Leap to inflict pin-prick style hits with a fast attack speed. On the other hand, if you are looking to unleash severe damage with a potentially finishing move, Caustic Leap would be suitable.

Acrid has powerful damaging abilities, as we have seen above. The flipside with this character are his sluggish movements. He has low agility stats, and it’s best to keep him away from melee combats to avoid enemy hits.

The key to playing any character successfully is to play to his strengths and shield his weaknesses. Acrid is no different. You will get the best outcome if you use his heavy poison damage to spread terror among enemy ranks.

Another thing to be mindful of is that Acrid’s poison attacks do not kill enemies by themselves. You should best use their powerful damage over time to reduce your enemies to vulnerable states. At this point, you can deal the killing blow with Acrid’s attacks.

Alternatively, you could assign this role to one of your teammates and use Acrid as an effective support character. You can thus see that Acrid is a potent character to help you win boss fights.

What build will help me be lethal with Acrid?

Acrid has been gifted with massive DOT and AOE skills by the game’s designers. Naturally, it would help if you chose a bevy of such items to beef up Acrid into an undefeatable force.

Armed with both initial damage and stack damage, the Tri-Tip Dagger can complement Acrid’s poison attacks to unleash hell on enemy forces.

Acrid can easily wipe the battlefield clean by killing almost 20 targets when armed with the Tri-Tip dagger. This dagger has a massive 240% initial hit and stacks up a further 15% with every subsequent attack.

Acrid can cause double-trouble by adding gasoline attacks to his deadly poison bolts.

Will-o-Wisp is a powerful AOE item that hurls an impressive 350% damage at all enemy units within a 12-meter periphery. You can further increase the damage by 280% and the range by 2.4 meters with every new stack.

From here on, it is easy to see the rampages that you will earn when you combine Acrid’s in-built Caustic Leap with the magic of Will-o-Wisp.

Acrid can release an extra attack when equipped with an additional charge given by Backup Magazine. You never know when you need that one more hit to finish off stubborn enemies!

We feel the Ceremonial Dagger is the crowning jewel in Acrid’s best build in Risk of Rain 2. The Ceremonial Dagger is the perfect multi-target nuke. It kills the first enemy that it strikes, but the true magic sets in when its damage bounces over from target to target, killing them in the process. You can bag a handful of kills with this deadly weapon and wipe the area clean.

These are just some of the reasons which make Acrid a fascinating playable character in ROR 2.

A: Yes, Acrid is one of the most potent playable characters in the game. You can use him as a formidable attack vehicle to reduce your enemies to low health before another team member finishes them off. You can alternatively use Acrid’s melee attack to inflict the final blow. He is especially helpful in boss fights. You can further enhance Acrid’s powers by equipping him with the right build consisting of DOT and AOE items.

A: Acrid is a dinosaur-styled playable character introduced in Risk of Rain 2 with the release of the Hidden Realms update. ROR2 Acrid has multiple poisonous attacks that can cause single-target and multi-target damage in the game.

Q: In what place do you have to be to unlock Acrid?