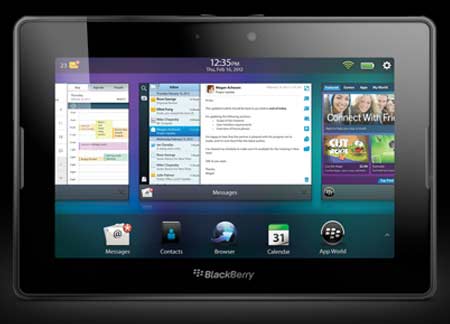 With a view to offer ‘more value to customers,’ RIM has decided to discontinue the production of the 16GB BlackBerry PlayBook. The tablets still available at present can be purchased, but the company has no intentions of updating the stock in future.

Although the device in question will not be produced any more, the other two versions, that is, the 32GB and 64GB PlayBook slates will not be affected in any way. Initially, there were speculations suggesting that the 16GB device would soon be shown the door, and now RIM itself has issued a statement confirming the reports.

“RIM will no longer be making the 16GB model of the BlackBerry PlayBook tablet. The 16GB PlayBook will continue to be available for distributors and retailers while quantities last. We continue to remain committed to the tablet space and the 32GB and 64GB models of the BlackBerry PlayBook continue to be available from our distributors and retailers around the world. There is more value for our customers in the higher capacity models (32GB, 64GB), and as such we have decided to focus our efforts here,” stated a RIM representative.

Engadget, procuring this confirmation from the manufacturer, speculates that the low profit margins from the 16GB variant of the slab could be why the company is doing away with it. As the currently-in-stock devices are still being sold, interested people can head to the store and lay hand on the slab if they wish to.