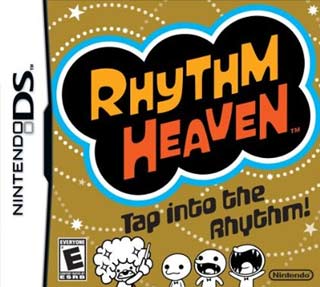 Nintendo has launhced Rhythm Heaven for Nintendo DS system, in North America. It consists of rhythm based 50 mini-games.

“Rhythm Heaven represents another example of how Nintendo creates new experiences that surprise and delight people,” said Cammie Dunaway, Nintendo of America’s executive vice president of Sales & Marketing. “The game exudes a simple charm and captures an endearing quality that makes it very appealing to all types of players.”

It is game that is completely playable using the stylus and makes the most of the handheld console’s touchscreen. It requires the players to tap, flick and hold the stylus on the screen to play with the beats, as per what is required by the mini game.

For example, while one mini-game requires the player to flick the stylus on the beat and shoot a bolt through a nut, the other involves the player to tap the screen at the right time to make the monkey dance.

There is also a fun-filled Glee Club mini-game of three characters that are in the player’s control. It requires the player to tap the screen at the right time to keep the three singing the chorus properly. Wrong time can make them sad!

Also, Nintendo announced the Rhythm Heaven commercials starring Beyoncé, the pop star, which are currently aired on various networks like Adult Swim, Comedy Central, FX, MTV and VH1 and will be seen on the game’s official site.