TechShout
Home Tech Reviews dr.fone Switch Review: A must have tool for those who change phones... 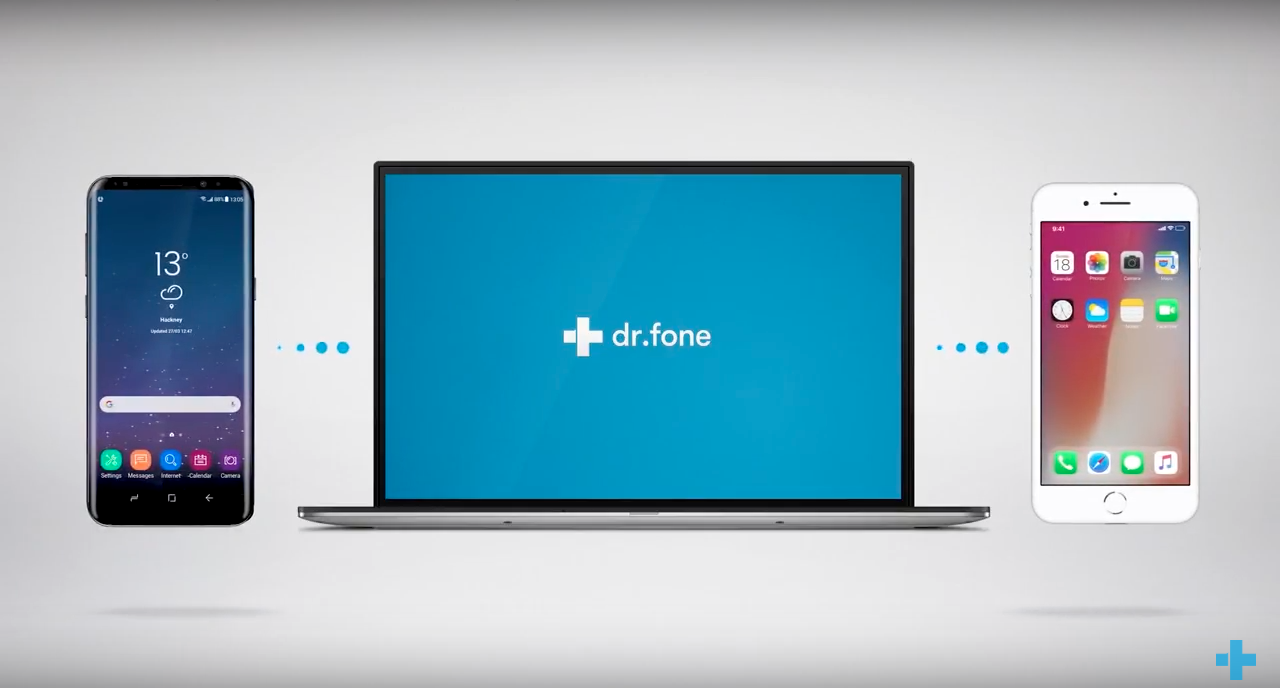 Fresh phones are swarming the market at a rapid pace, and some find it a good practice to keep buying new ones after a few months. Besides, there are some people whose job obligates them to keep switching from one phone to another regularly. dr.fone Switch is a software that’s best suited for them.

Say you buy for yourself a swanky new Samsung Galaxy S9+ only to realize that it’s going to take at least three or four hours’ worth of manual labor to transfer your photos, videos, messages, contacts and other stuff from your old device to the new one. dr.fone Switch offers a remedy to this pain by streamlining this process and also making it a much faster affair.

It excels in moving data between devices, and is versatile in the sense that it provides you with options as to what exactly you want moved while switching phones. It’s available on Mac as well as Windows, while its apps exist on iOS and Android, and compatibility exists between all these platforms, in case you’re wondering. 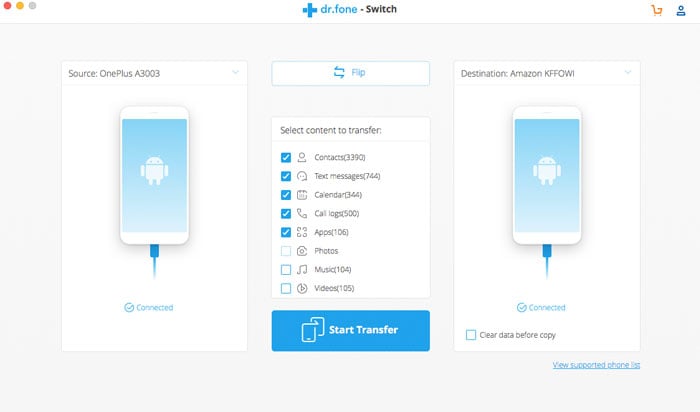 The way you use is it is simple. Connect both your phones to your computer via USB, and once they are recognized, just one click will transfer all the content to your new device. And this too, without overwriting or deleting the existing files on your new handset. It’s this straightforwardness that will end up appealing to you the most.

Anyone who has switched phones manually will know how tedious a process it is. While iOS users have the app called Move to iOS to help them on this route, Android users who are switching to an iPhone are in for a massively tedious few hours of tinkering. Which is why the universality of dr.fone Switch really ends up pleasing you.

Once it’s up and running, a very modest interface greets you, along with proper instructions. Bang in center is a menu from which you can select the exact content that you want copied on your new phone. This can include contacts, text messages, calendar events, call logs, compatible apps, photos, videos and music. 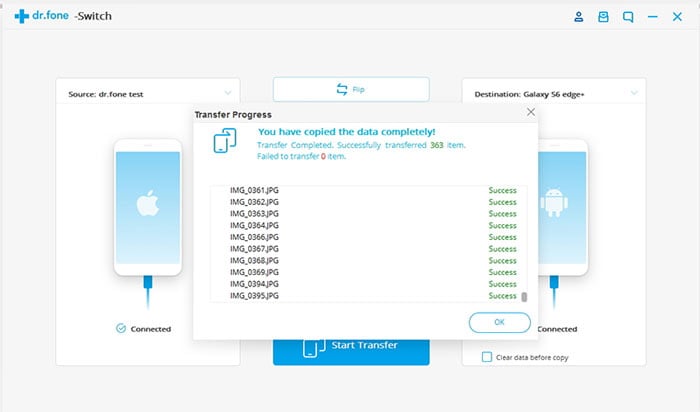 The big Start Transfer button at the bottom is the only thing left to press once you’ve selected the content to be copied. What appears next is a progress screen that gives you a detailed look at the data being transferred. Within minutes your new phone will be ready to go with all your contacts, call logs, messages and whatnot, right there for you to access.

It’s a great feeling to see your brand new phone being transformed into something that seems like you’ve been using it daily for the past few months. Makes you feel right at home with it, and that’s what you want, since getting used to a new device is always kind of a jarring phase. 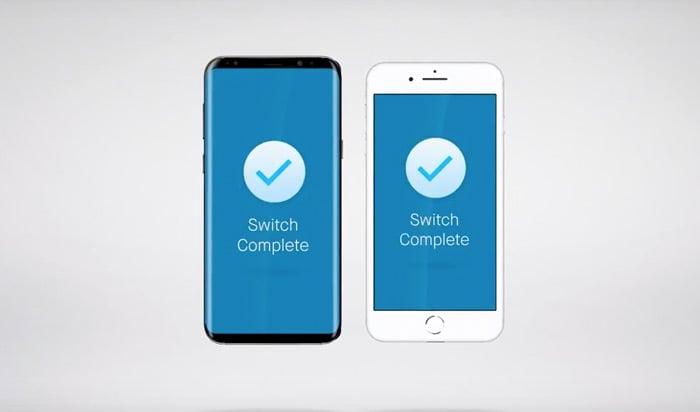 While an Android to Android transfer has no limitations, there is one small hiccup when iOS devices get involved. Call logs from an iOS device cannot be transferred to any other phone, be it Android or iOS. This restriction aside, it’s all smooth sailing once you get this program installed on your computer.

A one-year subscription of dr.fone Switch on Mac costs $35, while on Windows, the price goes down to $29.95. A lifetime license sets you back by $39.95 on both the operating systems. A free trial version also exists if you’d like to test out the software before purchasing it.

That said, dr.fone Switch is well worth the price for a product that so easily lets you switch between two phones. Do give it a try if you’re someone who does that often.