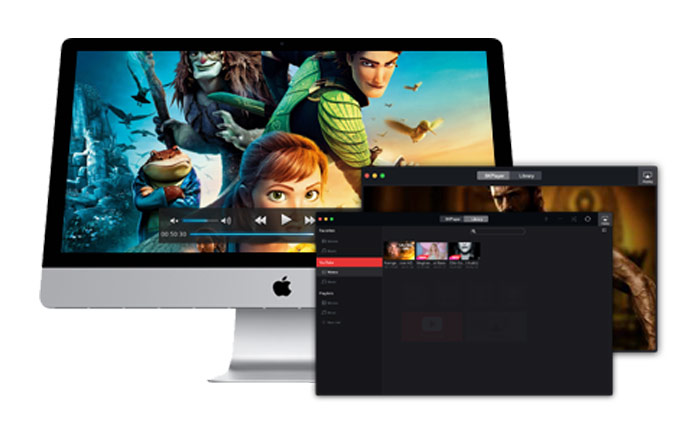 Every once in a while, there comes a media player which makes the one you’re using look obsolete. 5KPlayer may just turn out to be that one for you, mainly due to the fact that it’s not just a media player capable of working with 4K UHD files, but it’s also a music player, an AirPlay media streamer and an online 4K video downloader. And the best part is that 5KPlayer is completely free to download for both Windows and Mac operating systems.

Let us first start with exploring the video playback abilities of this software. Having received optimisations for playing ultra high definition footage, 5KPlayer is able to handle 4K and even 5K files with ease. More importantly though, if you’re ambitious enough and have capable enough hardware, this program also allows you to play 8K videos, which is mind-blowing to say the least. 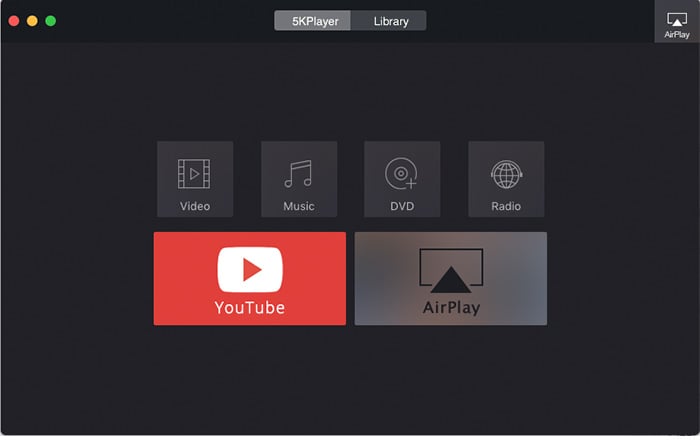 Plus, you can rest assured that your media will play no matter what format it is in. MKV, M2TS, MP4, AVI, WMV and FLV are all supported, apart from other popular file types.

5KPlayer benefits from a simple and streamlined user interface. It really does not take time to get used to it. And all the basic perks of a standard media player are available to be accessed here. These include support for subtitles, audio track selection, the facility to take screenshots and more. 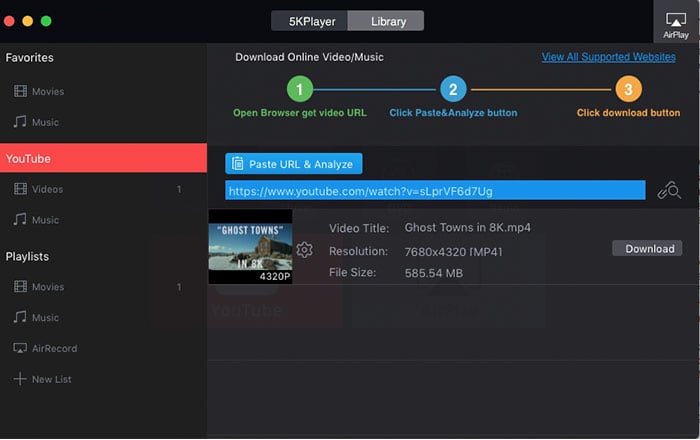 Another use of this software is for listening to music. It’s able to play MP3 files, and even support DTS multichannel surround sound. Apart from that, files like AAC, AC3, WMA, FLAC and ALAC also work with this media player.

Let us now talk about one of the main aspects of 5KPlayer – it’s facility to download videos from online streaming services. A prominent YouTube button sits pretty on its interface directing you to an in-built downloader. There you can paste the link to any video you wish to download, and in whatever resolution you prefer; even 4K and 8K. 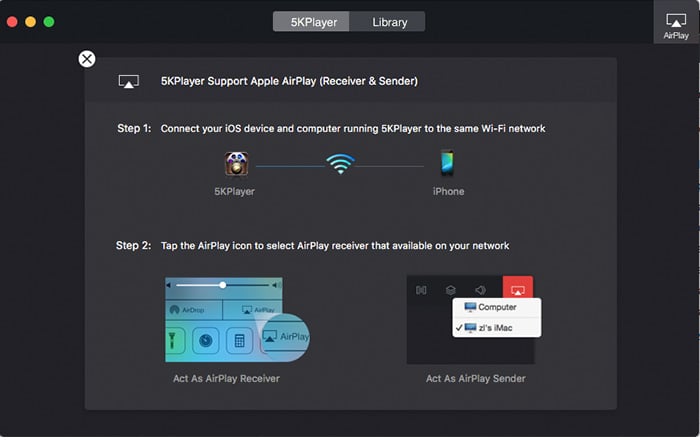 And YouTube isn’t the only service that’s supported. The big list includes Facebook, Yahoo, DailyMotion, Vevo, Vimeo, Metacafe, Myspace, Vine, UStream, MTV, Instagram, Bliptv, LiveLeak and more. You just need to paste the relevant video ink in the same url bar. What’s more is that once you download the videos, you can directly convert them to other formats from within 5KPlayer itself. This is indeed impressive, since it cancels the need to have separate software for performing these tasks, saving you some precious space on your computers.

There aren’t many media players out there which support Apple AirPlay even on Windows machines. 5KPlayer does exactly that, and this feature works like a charm while acting as both a receiver and a sender. It can receive streams from your iOS or Mac devices, while it can also stream MP4, MOV, M4V, MP3 and AAC files to Apple TV or AirPlay speakers wirelessly. 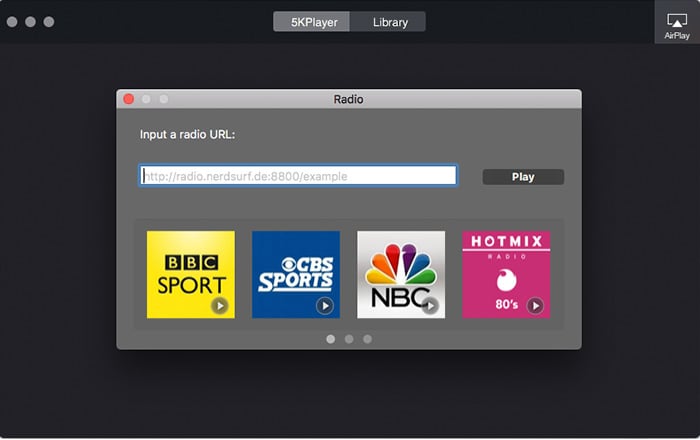 And as if that wasn’t enough, AirPlay Mirroring is also supported by this media player. This means you can wirelessly replicate the displays of your iPhones or Macs on a Windows machine. All the content being mirrored can moreover be recorded by the user for later viewing.

There’s a built-in radio player in this application as well. This enables you to tune into radio stations like BBC, Heart, Capital, Gold, LBC, XFM, Chill and many more. All you need to do is click the radio tab on the main interface, and you are shown the most relevant channels. You can even import a radio channel bypassing its url in this section.

That’s how versatile 5KPlayer really is. It’s hard to fathom the number of things it allows you to do, and that too for free. It really deserves a download. You can get it for either Windows or Mac via this link.