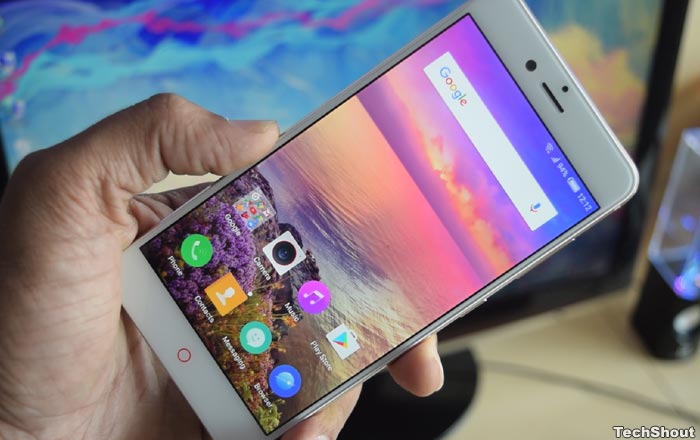 The brand new Nubia Z11 Mini S falls squarely in the middle of the Z11 and Z11 Mini, smaller than the first and bigger than the latter. This puts it in an interesting position as a middle-of-the-road option for people on the lookout for a compact phone at a budget Rs 16999 price exclusively through Amazon India.

While there are a lot of handsets out there which could fit that bill, the Z11 Mini S stands out thanks to its 23MP rear camera. We took it for a quick test spin to determine whether or not the device holds up against other affordable Android smartphones. Scroll down, if you’d rather see the video review. 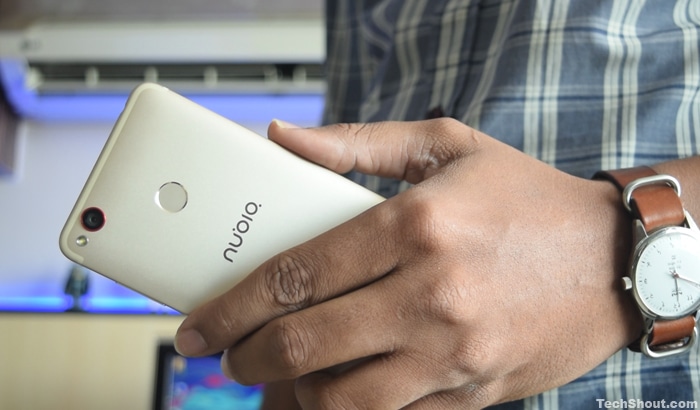 The Nubia Z11 Mini S scores big in the looks department. While there’s no denying the fact that its appearance is inspired by the iPhone 7, we were still pretty impressed with its solid metal build and striking chamfered edges. The shiny red ring around the rear camera is a nice touch and is complemented by the red capacitive home button on the front.

Bezels have been kept narrow to make the screen really stand out. In our time with the handset, it was a smooth pleasure to hold and its compact nature made the fingerprint scanner, and power and volume buttons fall easily within reach.

The Z11 Mini S’ 5.2-inch screen gets the benefit of a full HD resolution and Gorilla Glass protection. Visuals were well-balanced in terms of color and saturation. The panel offers good viewing angles and stays bright both indoors as well as outdoors.

Two grilles adorn the bottom of the Nubia device; but there’s only the mono speaker for sound output. It plays loud enough to hear the audio, but you might find yourself straining to hear it in somewhat noisy conditions. You’ll need to fall back on your trusty earphones here.

A Snapdragon 625 processor and 4 gigs of RAM run the show here. The combination is capable of executing day-to-day tasks without any fuss. We didn’t face any glaring issues while playing games either. As for battery life, the 3000mAh unit made it through a day of moderate usage with ease.

The Z11 Mini S’ 23MP Sony IMX318 rear camera performed pretty well in well-lit environments, delivering clear shots with good color saturation. Modes such as Light Painting and Multi Exposure let you conduct fun experiments. Annoyingly, the app requires you to unlock the phone if you trigger it from the lockscreen, slowing you down a bit.

Image quality takes a dip indoors and at night thanks to grain and a lack of sharpness, but snaps still look fairly decent. 4K videos come out looking great. The same goes for selfies, with the 13MP lens doing nicely during the day and less so when it’s dark out. 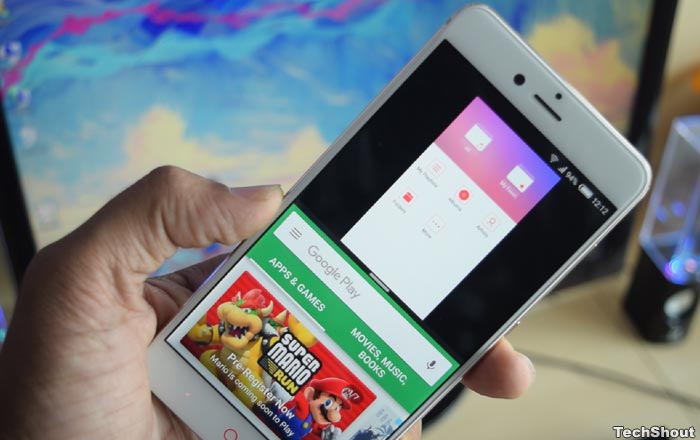 Nubia’s infused the Z11 Mini S with the Marshmallow-based Nubia UI 4.0 which we noticed was littered with badly translated English. The layout goes for an iOS-like approach and includes pointless apps like Lock Screen and User Manual. The software’s Edge Gestures tool lets you quickly do things.

This include tasks like adjusting the brightness by sliding two fingers and freeing up memory by rubbing the bottom right edge like an itchy spot. There’s a split screen mode and Dual Instance app clone feature as well. It wasn’t all smooth sailing though, since there were times when we accidentally triggered a shortcut while doing something else.

– Average speaker, though headphones should cut it
– Custom Nubia interface can be hit or miss

We walked away quite impressed with the Nubia Z11 Mini S, but there are a few factors holding it back from being perfect. If you’re a shutterbug on a budget, this phone is an easy recommendation. However, if you need your audio super loud and don’t see the appeal of learning gestures to multitask, then perhaps consider the Moto G5 Plus, another photography-centric option which is easy on the wallet. Based on our time spent with the Z11 Mini S, we’re going with a 3.5 out of 5 star rating.