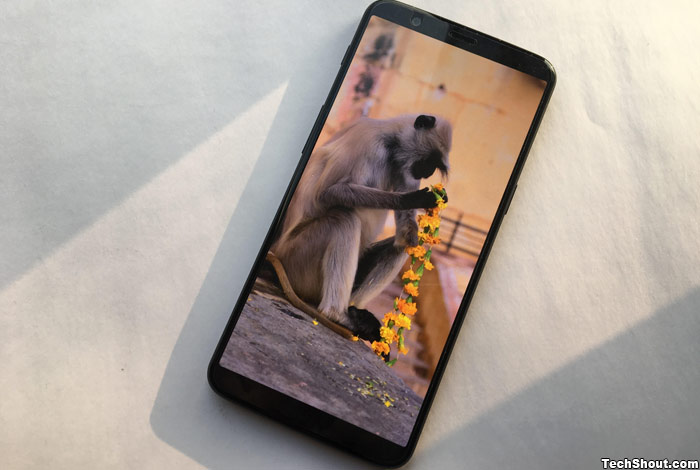 There’s a running notion about Android phones that they slow down after some time of use considerably faster when compared to Apple devices. We’ve spent almost a month with the OnePlus 5T which recently celebrated the release of Star Wars: The Last Jedi with a special edition launch. And boy, are we still impressed.

The new OnePlus is one of the best-looking phones of 2017, and we bet it’ll continue to look better than many other launches in 2018 too. It’s all chamfered edges, anodized aluminum and skinny bezels. The back doesn’t appear messy in spite of housing a dual camera system, a flash unit, a ceramic fingerprint sensor and the neat little OnePlus logo.

The volume rocker and SIM slot are on the left beside a nifty little slider for muting the smartphone, setting it in Do Not Disturb mode or leaving the ringer on. The right hosts the lock button, and the bottom holds the USB-C charging port, mic and speaker. It’s good to see OnePlus hasn’t ditched the 3.5mm audio jack; we’re not ready for that yet!

If we were feeling particularly fussy, we’d say that the bottom edge of the 5T is the messiest part of the device. Apart from the charging port, mic and speaker, it also has two Torx screws interrupting this side. But the only complaint we actually have about OnePlus’ latest offering in terms of aesthetics is the lack of color choice.

When you hold it, it feels like your hands are wrapped around a premium device. The 5T makes such a big leap in terms of design as compared to the 5, you somehow wouldn’t think the latter was rolled out just five months before this latest iteration. Firstly, the physical Home and capacitive keys have been done away with and replaced with onscreen buttons. 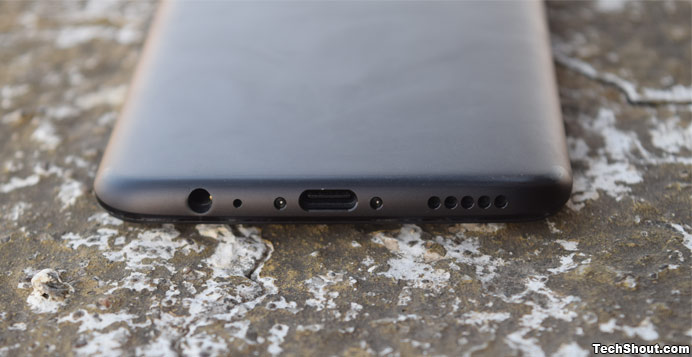 After less than an hour of playing around with the handset, you won’t miss them at all. Then try getting back to a device with a Home button you have to press – it will feel positively prehistoric. Of course, it won’t mean anything to you if you’re switching from an Android smartphone with onscreen controls. And now let’s talk about the glorious display.

The display is taller at 6 inches, but with the same 401ppi pixel density. What a huge improvement a 0.5-inch difference makes! The Optic AMOLED panel screams out to you even though it is “merely” of the 1080 x 2160 variety instead of the trendy QHD type. It offers good visibility in sunlit conditions and the screen calibration can be adjusted according to your liking.

The 18:9 aspect ratio panel melts into the frame and arrives with a screen protector considerately pasted over it already. Thanks to its Corning Gorilla Glass 5 protection, the display survived two drop tests from a height of 2 feet and then, 3 feet. The one thing the handset is not likely to live through is a dunk under water since it’s not certified for full water (or dust) resistance.

There’s one big drawback for those who watch Amazon Prime, Netflix and Google Play Movies on the move and were hoping to enjoy content in HD on the deliciously big display – the OnePlus 5T, just like its predecessors, doesn’t support Widevine L1 Certification. OnePlus has acknowledged this and there’s a potential fix via a software update.

In case you didn’t already know this, the OnePlus 5T comes with the best mobile processor money can buy right now – the Qualcomm MSM8998 Snapdragon 835 octa core chip with Adreno 540 graphics. There’s 6GB or 8GB of LPDDR4X RAM inside depending on whether you’re using the 64GB or 128GB version of the phone (we’ve been testing the latter). 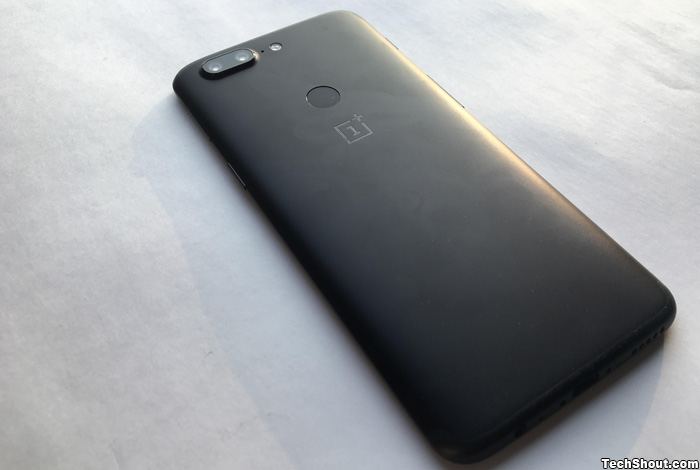 We don’t know why OnePlus didn’t put a hybrid slot into the 5T and proffer expandable storage to users. But dual accommodation for two nano SIM cards is the only thing that’ll be greeting you when you slide out that tray on the left. The fingerprint scanner is very easy to reach in spite of the size of the device even if you have fairly small hands.

The camera setup has received a revamp we’ll discuss a few paragraphs below. Moving on to the software, the 5T sadly does not have Oreo yet. It’s coming in early 2018; so users will have to settle for Android Nougat 7.1.1 married to OnePlus’ very own OxygenOS 4.7 for now. But this was probably to be expected since Oreo came out in late August.

One of the main reasons we love this smartphone so much is because of the number of customization options the hardworking OnePlus developers have jammed into it. You can set your phone to switch on/off according to schedule if you want to save on battery life – not that you need to, because the latter is amazing – or simply not be disturbed by notifications.

You may also flip to mute an incoming call, choose from a number of charming alarm clock sounds, activate DND while gaming, keep hidden content of a personal nature via App Locker and so on and so forth. You can additionally access an application (take WhatsApp for example) under two different accounts through the Parallel Apps feature. 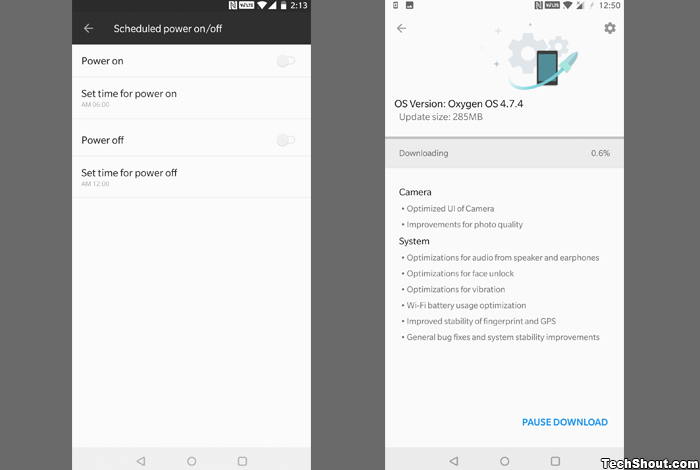 The one extremely frustrating thing about the OnePlus 5T is the Settings menu. Many of the wonderful personalization options are placed anywhere but where you’d expect them to be, or in a less-than-intuitive manner. The scheduled power on/off and Gaming Do Not Disturb toggles have to be accessed through the Advanced section for some inexplicable reason.

You can unlock your phone via Face Unlock, the fingerprint scanner, a password or a pattern. The Face Unlock option makes more of a boasting point than anything else because it’s mostly inconsistent. It reacted with lightning quickness in our first week of testing (with and without spectacles on), was relatively slow for a few days and is now back to being super quick.

There was no connection between its performance and the two software updates received since we began reviewing the OnePlus 5T, in case you’re asking. On the other hand, the biometric sensor is as smooth as ever. You can customize it to pull up notifications by just swiping down on it. Otherwise, alerts can be accessed by sliding a finger down any part of the display.

Since the Face Unlock technology aboard is not too advanced, it’s not equipped to authorize payments yet. We’re perfectly OK with that since the camera unlocks the device even when we’re not facing it straight on. Security first! Performance-wise, the OnePlus 5T is flawless. We’ve yet to note a single (!) lag while using it – a sentence that has never been uttered aloud in our review lab.

We tried various graphics intensive mobile games on the handset and were never left disappointed at any turn. There was no sign of a stutter even when we were low on juice. The latest Snapdragon processor, RAM and OxygenOS are clearly working together smoothly here. We can’t speak for the 6GB RAM version though since we’ve only had a chance to test the 8GB model.

The OnePlus 5T’s main camera system has stepped down from a telephoto lens and gone with digital zoom. The back hosts a 16MP primary lens, and a 20MP one that kicks in when there’s less ambient light. It performs fairly well in brightly lit to dark environs. Where it fails is in consistency. The output quality is a hit or a miss, but not unexpected for a $500 phone.

The electronic image stabilization does an excellent job when you’re shooting 1080p videos (updated with above clip), but suffers when handling 4K captures. The image stabilization tech does not perform too well in poorly lit conditions too. The accompanying audio, on the other hand, is crisp and clean at all times.

Then there’s the 16MP front camera. It’s ideal for selfies if you like your photos to come out looking like they’ve been lightly touched up. This happens even when you’ve set the beautification mode to zero and only a small improvement was made with the recent OTA update. But who’s ever complained about their faces looking more flattering in a selfie than in real life, right?

The battery life is one of the strongest aspects of the OnePlus 5T. It serves you faithfully from 100% to 1% – until you’re down to that very last drop of juice, you need not worry about the 3300mAh battery every betraying you. It’s the most comforting feeling in the world, having a phone which will not shut you out in your hour of despair.

And even when it does drain down to 0%, you can have the battery up to 50% in just over 35 minutes owing to its Dash Charge technology. One full charge is enough to get regular folks through an entire day of video watching, calling, capturing photos/videos, emailing, reading eBooks and what not. But extreme users pay heed!

Never leave that charger behind even though it’s bulky, because without it you’re toast. The USB cable will cost you 6 to 8 hours of endless hair-pulling to grant you 80% of fuel. The dumpy charger is worth all the space it takes up in your bag; keep it close. And here’s a token mention of a feature OnePlus could’ve added – wireless charging. 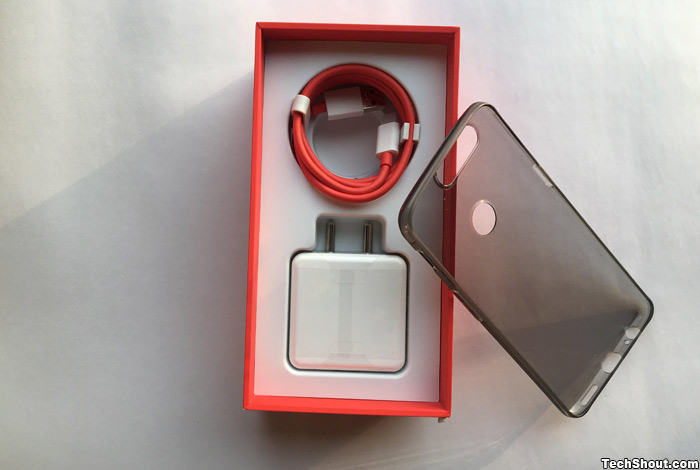 Cons:
– Presently runs OxygenOS based on Android 7.1.1 Nougat
– Selfies get beautified even with the filter set to zero
– Can’t stream HD content via some services
– Water resistance unavailable

The OnePlus 5T is the phone of the year, if you consider the high end hardware it packs in starting at $500, or Rs 33000. That OnePlus makes flagship class devices and sells them at razor thin profits has always been a widely publicized claim. But it continues to enjoy a good reputation because it delivers on consumer expectations, not because of any PR spin.

We’ll be actively using the 5T for the next few months to see how well it holds up against wear and tear, and the OTA updates OnePlus rolls out for it. Meanwhile stay tuned for our list of cool OnePlus 5T features hidden in plain sight!