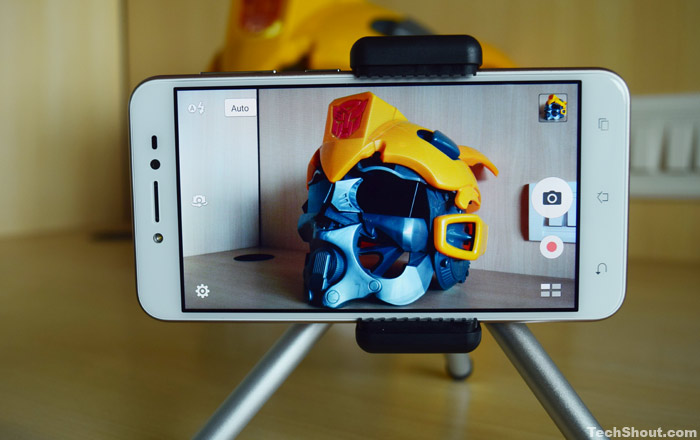 Where do we begin with the Asus Zenfone Live, self-proclaimed best buddy of video bloggers and social media enthusiasts? The smartphone which we’ve been reviewing over the past couple of weeks has been launched in India for Rs 9999. Just like the last few handsets we’ve seen from the company, the Zenfone Live is tailored for a niche segment instead of trying to please everyone. In this case, it’s folks who are into live streaming videos on social media.

The dual SIM Asus Zenfone Live ZB501KL has a 5-inch 720p IPS display, 2GB RAM, 16GB ROM and up to 128GB expandability. It has a 13MP rear camera with f/2.0 aperture and a flash unit just below it. The much-hyped front facing snapper of 5MP features f/2.2 aperture, an 82-degree wide angle view and a softer LED flash than the back camera.

A 2650mAh battery can be found under the hood, while the left side houses a hybrid SIM slot – for two SIM cards or for a SIM/microSD card combination. 4G works on one SIM at a time, and the phone allows VoLTE calls too. The biggest drawbacks in terms of specs are the quad core Snapdragon 400 processor and the Android Marshmallow 6.0 OS onboard. 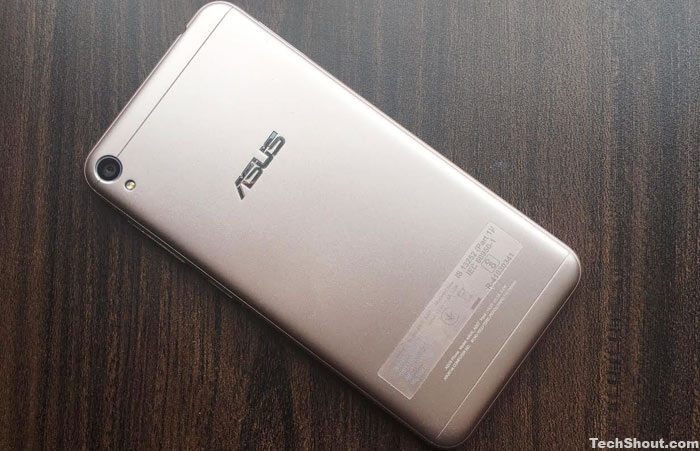 Asus should have at least put a 1080 x 1920p full HD display on the handset instead of using a 720p one. The low resolution of the screen that has a 2.5D curved glass panel on top, is enough of a disappointment to make you ignore the decent color reproduction it offers along with a Blue filter to reduce eye strain caused by viewing the display for too long.

The design of the Live is typical of the Asus Zenfone family, no surprises there. The 5-inch touchscreen does not take up too much of the face and there are three capacitive buttons along the bottom. You’d have to be really clumsy to lose your grip on the device due to its lightweight and mostly plastic build, a feature which works to your advantage when you’re taking selfies or shooting videos.

The combination of cameras is a disappointment. Asus has been marketing the Zenfone Live as a perfect companion for those who like to broadcast content live on social media channels like Facebook, YouTube and Instagram. Its BeautyLive feature lets users turn on live beautification effects for videos, a first on a smartphone. But the filters are so obvious that the results are difficult to stomach.

Sure, you can adjust the beautification meter from 0 to 10. It would be OK if it weren’t for the fact that we found our skin tone to keep changing highlights from pink to orange to green to ash gray every time we moved around. For normal selfies without filters applied, the 5MP camera works well in natural light most of the time. Everything goes for a toss when faced with artificial lighting conditions.

The performance of the 13MP back snapper is highly inconsistent too. Even in natural light, blacks and dark browns can turn to shades of blue, oranges fade to yellow, reds become oranges and so on. It suffers from noise in averagely lit environments, focusing problems and software stabilization which requires you to make the sacrifice from 1080p videos to those of 720p or lower resolution. Also, the camera app lags now and again.

The 2650mAh battery in the Zenfone Live takes almost an hour and a half to charge fully. It then proceeds to offer under 4 hours of heavy usage including calling, online videos (the audio is good enough for a handset of its price range), instant messaging, gaming and answering mails. Average use renders about 7 hours of battery life. Asus should have offered fast charging on this device,and a fingerprint sensor while they were at it. 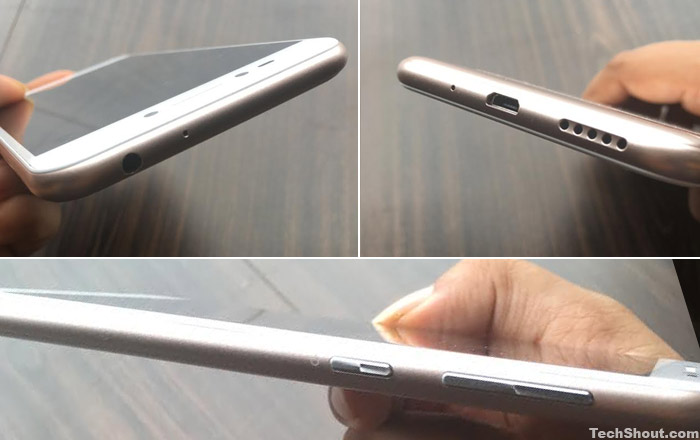 That this Zenfone runs on the older Snapdragon 400 processor is obvious when you fiddle around with the phone. Pairing it with 2GB of RAM does not help its case. We noticed a definite lag and nearly imperceptible stuttering while opening and switching between multiple apps. It starts wheezing and panting when dealing with heavy games and you’ll see a noticeable drain in battery life too.

On top of that, Asus chose to go with Android Marshmallow (unnecessarily layered with its own Zen UI) instead of Nougat for the OS onboard. The bloatware apps forced onto users can be disabled but not deleted. The interface needs further improvements even though the company appears to have tried to keep it as close to stock Android as possible.

We find the Asus Zenfone Live to be a smartphone that’s difficult to recommend to anyone who’s not desperate for an easy way to shoot and upload YouTube videos without the hassle of using editing software in between. The key word is ‘desperate.’ As mentioned above, the live video effects perform their job inconsistently and cannot be depended upon.

Based on all the pros and cons detailed above, we’re giving the Asus Zenfone Live a 2.9 on 5 rating. It tries to compete against the likes of the Redmi 4, Moto G5 and Lenovo K6 Power, but only half-heartedly.