There are phones that have awesome features but are expensive, and then there are devices like the Doogee F5 which offer impressive specs at incredibly low prices. This handset can be yours at just $140, and for that you’ll be getting a generous full HD display, a rear-mounted fingerprint scanner, an octa core processor and much more. We’ve put the device through its paces to see whether it will be able to satisfy your smartphone needs to its maximum capacity.

The first thing you’ll notice about the F5 is its sturdy frame. It binds its components together neatly, and even presents you with enough surface area to grip the handset properly. The phone’s body is made from liquid metal, giving it a premium feel, which is quite inaccessible in the sub-$150 price range. Flanked by pretty wide bezels is a 5.5-inch display which sits on its front surface. It’s accompanied by capacitive Home, Back and Menu buttons. Having a Menu button instated of a Recents button on the phone is a weird decision, but it doesn’t take long to get used to this change. 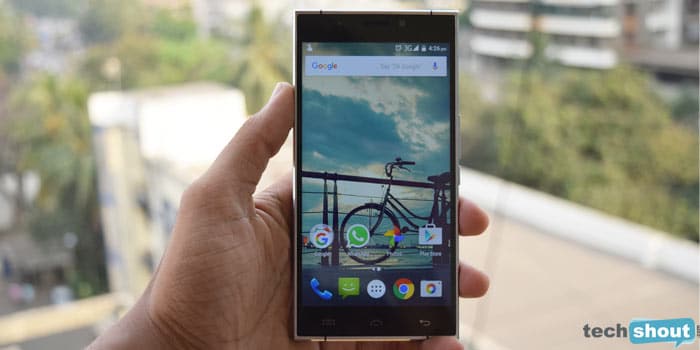 Besides the earpiece on the front of this Doogee handset, you’ll even spot a 5MP camera and a flash module for providing you with well-lit selfies. On the bottom, there are speaker holes and a micro USB port, whereas the top features a 3.5mm port. Coming to the back of the device, it’s a pretty standard affair, with the company logo sitting at the bottom and the camera and flash modules occupying the top area. Right below them is the fingerprint scanner which features 360-degree identification support. At 171gms, it’s not a light phone by any means. But with the amount of metal that has gone into it, one cannot expect it to weigh less than that. 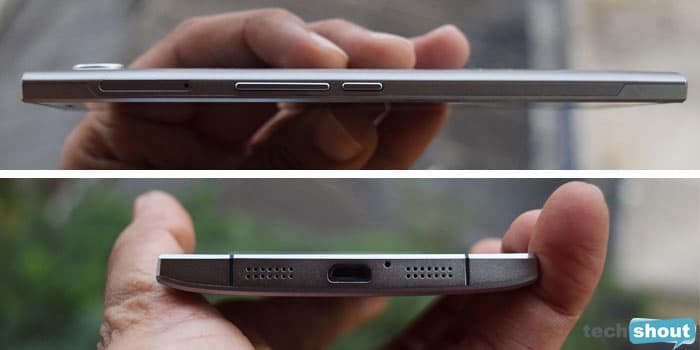 The Doogee F5’s 5.5-inch 1080p full HD monitor happens to be an IPS panel built with OGS technology. It features excellent viewing angles and is also pretty accurate with its color reproduction. Moreover, it’s an extremely bright panel which helps a great deal in outdoor visibility. As for the speakers, they are good, to say the least. The sound is not as crisp as you would get from a flagship phone, but it’s not incredibly bad either. The fact that the speakers are placed at the bottom is great for content consumption. 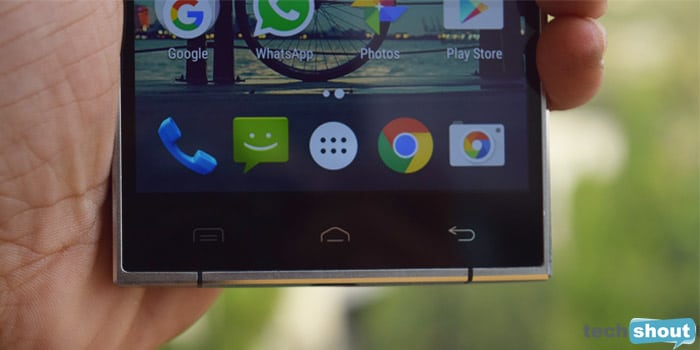 The F5 runs Android 5.1 Lollipop, and its makers have complemented this software with a custom launcher and some regular gesture-based features. Other than that, the experience is stock Android, which is great. We didn’t quite like the original launcher for its ugliness, so we were forced to opt for the Google Now Launcher to make things better. But that’s our choice; you might end up liking the original launcher after all. 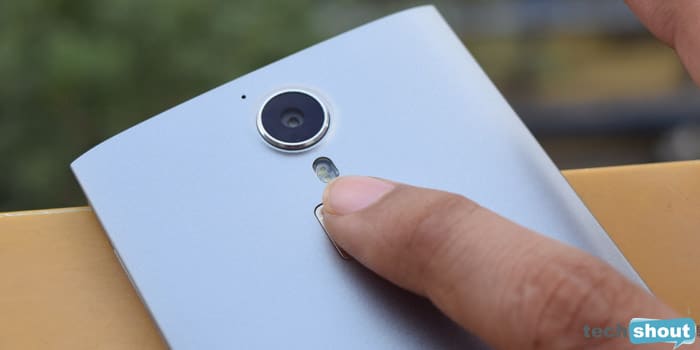 This phone’s Settings menu kicks in a large array of gesture-based traits for you to take advantage of. These include the ability to unlock the phone by waving your palm over it, the double tap to wake functionality, the facility to take a screenshot by dragging three fingers on the screen and much more. Plus, the fingerprint scanner itself can serve you in a number of different ways. We found the fingerprint scanner to be sketchy in its readings most of the time. It seldom unlocked the phone for us the first time, and on an average needed at least two tries to give the necessary results.

Doogee has equipped this handset with a 13MP 3M2 sensor from Samsung. This assembly is able to enhance the images via software to make them 16MP. It increases the chances of your images turning out great by quite a margin. The camera performs decently in well-lit conditions but struggles when it comes to low-light shots. Images in dimly lit areas lack sharpness and are very noisy. One complaint we have is that the camera struggles with focusing at times. This happens randomly, and we guess can easily be fixed by a future software update. 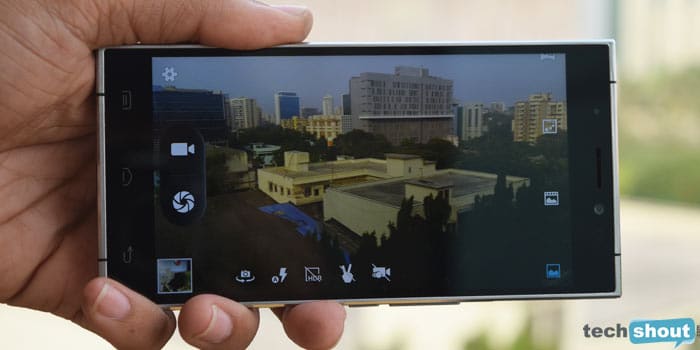 As for the videos, they come out nicely via the rear camera. There’s no 4K video support of course, but you can capture slow-motion clips. There’s electronic image stabilization (EIS) onboard this shooter as well, which worked pretty well for us. As for the front camera, the 5MP sensor is able to dole out admirable 8MP selfies which are given a lot of help by the front-facing flash in low-light conditions.

From the onset, the performance of the Doogee F5 has been snappy. Its octa core processor combines its prowess with 3GB worth of RAM to deliver incredibly fast speeds that even translate into a rapid user interface. The phone is easily able to handle heavy multi-tasking and high-end games as well.

Speaking about the Doogee F5’s battery life, we found it to be satisfactory during our time spent with it. It has a 3000mAh battery which is able to keep the handset going for an entire day without any hitch, given that it’s employed moderately. If you manage to fire up some games in the middle of the day, it wouldn’t be able to offer enough battery life to last till the end of the day. At this point, the fast charging support on this phone comes in handy.

It has its flaws, but the Doogee F5 is an incredible proposition for the price it’s being sold at. This phone presents you with a high-resolution 5.5-inch display, a premium metal body, a fingerprint scanner, a 13MP camera and other advanced specs at just $140. Add to that the many software features which its makers have pushed inside it, and the offer is hard to refuse. That is of course, if you’re looking for an inexpensive option to serve your basic smartphone needs. We give it 3 out of 5 stars. You can buy the device through GearBest right now in exchange of $140.