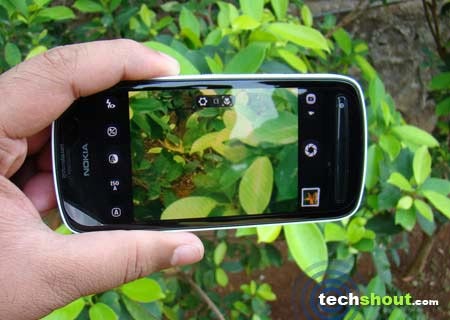 The Nokia 808 PureView, a revolutionary new innovation from the Finland-based manufacturer, recently dropped by at our review lab. Chunky on the outside, this device packs in a 41MP sensor. The kind touted to give point-and-shoot snappers a run for their money. Now before you get all worked up, this piece of hardware runs on the Belle platform with the Feature Pack 1 update in tow. We’ve gone hands-on with the OS a number of times before, on the 808 as well as other Nokia devices. And by the look of things, the company has done quite a bit to make the firmware more effective and user-friendly. But it still falls short compared to the competition. So this brings us to the question we’ve been pondering over for a long time now – Does Nokia intend on marketing the 808 with the PureView technology being the only attraction? Now that we’ve got a chance to find out firsthand, a few days of hands-on time should solve our queries. 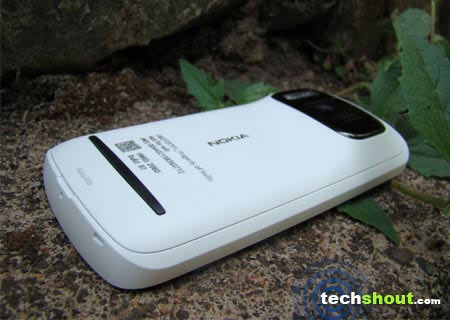 Nokia has employed its PureView imaging technology that, as we said before, puts point-and-shoot snappers to shame. So apart from the 41MP Carl Zeiss lens, does the handset have any other hardware worth drooling over? Well, not quite. The spec sheet doesn’t have much to offer, but a single core 1.3GHz ARM 11 processor, 512MB of RAM and a 4-inch AMOLED ClearBlack display with a coating of Corning Gorilla Glass seem enough for regular, daily use. On the memory-front, you’ll have 16GB built-in, out of which 13GB is user-available. A microSD card slot allows you to further expand the storage to a total of 48GB. Where connectivity is concerned, the smartphone employs Bluetooth 3.0, NFC, Wi-Fi 802.11 b/g/n and DLNA certification for wireless media streaming. A 1400mAh battery is what powers up the device, proffering 6.5 hours of talktime or 540 hours of standby on a 3G network. 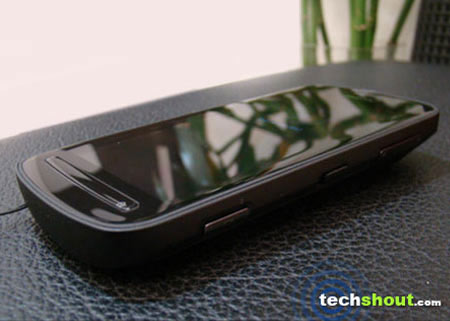 Being on the hefty side, the Nokia 808 PureView surely bites when it comes to weight. And although the company hasn’t bothered much about cutting down on the carbs, the device is still aesthetically very pleasing. In technical terms, the handset reads 123.9mm x 60.2mm x 13.9mm in dimensions and has a weight of approximately 169 grams. Our review unit arrived drenched in black, accompanied by the usual accessories you’d find in most smartphone packaging. A full glass coating from Corning covers the entire front including the dark bezel surrounding the display. Similar to the Galaxy S3, the 808’s exterior is built from polycarbonate. The device in question has a ceramic sort of finish unlike the glossy matte one on the former handset. Moreover, stainless steel has been adopted for the buttons, switches and camera bezel. 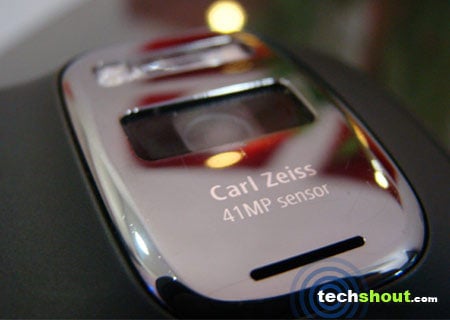 The surface covered by the polycarbonate is quite rough, although it does deliver a good grip and a sturdy feel. Being 13.9mm at its thinnest, a small portion of the smartphone bulges out on the rear, extending the total width to a few millimeters more in that particular area. The extra mass is a result of the implemented 41MP sensor and optics. A quick whirl around the device revealed various components such as the volume controls, dedicated camera key and slide to unlock button on the right, while the micro-USB port, 3.5mm audio jack and micro-HDMI socket are situated on the top. 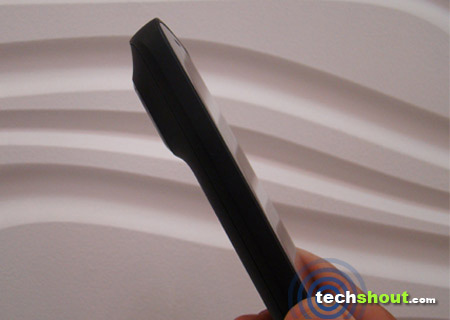 Performance as a smartphone:

The Nokia 808 PureView peaks the chart as a top-end Symbian handset. At 1.3GHz the OS still lags here and there. However, it’s well implemented and much smoother compared to our past experiences. And although the availability of applications and games are limited for the platform, the device can play and run almost anything from the Nokia Store. We pretty much like the AMOLED ClearBlack display as it portrays bright and lively colors, while performance under the bright sun is exceptionally good. On the downside, a 360 x 640 pixel resolution doesn’t do justice to the 4-inch touchscreen. If one thing Nokia handsets are good at, it’s entertainment. Music and video playback with the Dolby enhancement enabled are some of the main reasons, apart from the image capturing capability, as to why we’d consider picking up an 808 for ourselves. 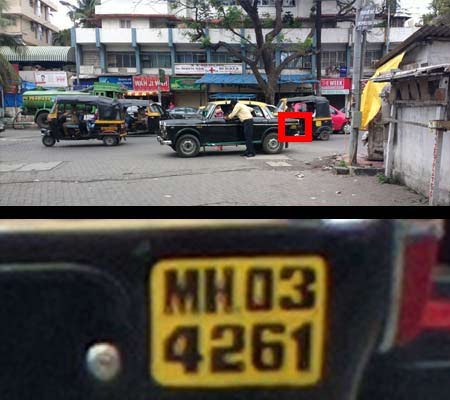 Performance as a full-fledged camera:

The question you’d probably be asking is – Why is the 808 a Symbian based handset when the Lumia range is a much better option? If you aren’t aware, the technology utilized here has gone through a five-year development phase. And the guys over at Nokia apparently wanted to get it out in the wild as soon as possible. Well, we’re more than glad about the company’s decision to roll out PureView. For starts, we had a ball of a time capturing images. 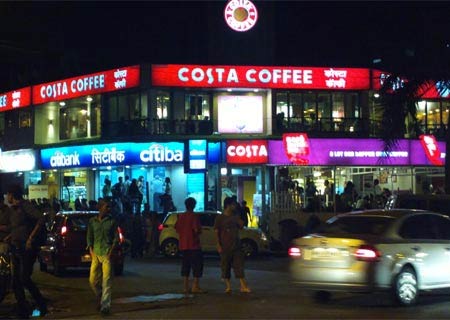 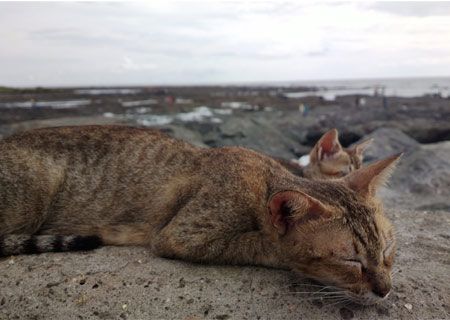 The 41MP sensor out of which 38MP is effective, combined with Carl Zeiss optics and Xenon flash, makes the perfect weapon for snapping up stills and videos. The images we captured with the device were no less than brilliant. Where the technology really leaves a mark is in low-light shots. The BSI capabilities are truly remarkable. And to top it off, Nokia has managed to put the lid on noise and distortion. All credit goes to the image oversampling which delivers super clear shots in a small sized package. Videos in 1080p at 30fps are absolutely stunning and the Rich Recording attributes only enhances the quality with CD-like stereo audio output.

And here’s a sample video we shot in low light conditions:

We love the fact that the analog clock is always on when the device is locked.

With the Dolby enhancement turned on, you can be sure to have the most enriched listening experience.

The 1400mAh battery can keep the Nokia 808 PureView going for an entire 24 hours on moderate usage.

The superb and bright Xenon flash complements the 41MP sensor by shedding the much needed light in dim surroundings.

It’s kind of hard to classify the 808 as a smartphone when it runs on Symbian and does a better job of being a camera.

We also incurred a few firmware-related issues. They include frequent drops in Wi-Fi connectivity and sudden lags in the UI. Captured images aren’t visible in the gallery or the camera app. We had to browse through the file manager to access the pictures we snapped up.

What really bites is that the 808 camera can capture images in 7152 x 5368 pixels, the highest for a smartphone till date. But the resolution portrayed by the display is the kind you’d find in low-end devices with small screens.

So what does the Nokia 808 PureView succeed at? Being a smartphone or a camera? If you were to ask us – it’s less of a smartphone, and more of a prefect pick for photography buffs. And the battery life is just the icing on the cake. We spent hours clicking pictures (around 200 of them) and a few videos here and there, as well as listening to music and browsing the web over Wi-Fi. And at the end, the device still had 20% of juice remaining. We’re giving it an 8.7 out of 10 rating for being amazing. It’s not much of a phone, but definitely a great snapper. Potential users in the US can pick it up for $699, while the handset’s price in India amounts to Rs. 33,899.