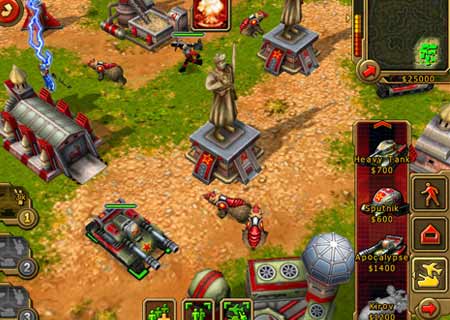 Playing hardcore titles accompanied by clever strategies and sharp planning has enthused gamers, particularly when their encounter ensues on a wide screen that renders quick, intuitive touch controls. One such real-time strategy games is Westwood Studios’ Command & Conquer: Red Alert which has kept most of us stuck like a barnacle. To give a quick glance, it’s the same maker behind the popular seminal Dune II and Command & Conquer (alongside Blizzard’s Warcraft II). To explore the RTS battlefield and experience the deliberated campaigns laid out quite strategically, we decided to review the Command & Conquer: Red Alert for iPad.

The exploratory, audacious journey begins with a patterned narrative with factions – Soviet, Allied and Rising Sun incorporated wisely, with each campaign spreading out five tough missions alongside miscellaneous objectives. In Command & Conquer: Red Alert, gamers are provided with the exclusive choice of singling out multiple characters, tanks and helicopters through the passage of controls and built-in moves. 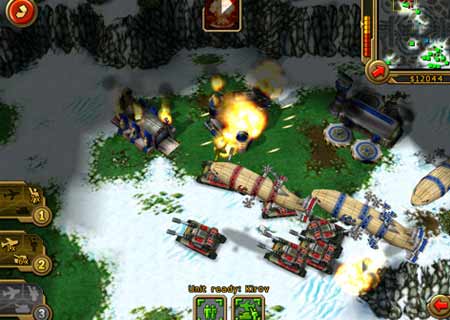 Yes, that comes along with simple tap commands. Pretty interestingly, Allied players have to bank on stealth and surprise, while those aligning themselves with the Soviets will place their bets on brutal force. Admittedly absorbing, the game features impressive design and functionality outlined to uplift the entire experience. There is a variety of forces and structures as well, offering an unlimited palette with which to paint their strategic strokes. 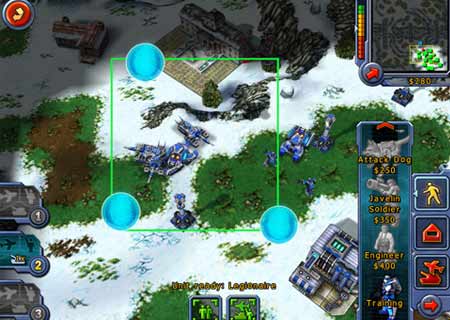 The visuals appear striking, however the absence of detailing adds to the disappointment. Unfortunately, players don’t get to shift certain characters and items beyond a particular area, aggrandizing the inconvenience of surrendering the command of numerous characters at several points. On the positive front, the level design of Red Alert’s one-player game catches points. With 40 or so levels consistently striking the right balance between long wars of building and attrition, the game transmogrifies into an interesting pick.

The background music somewhat sounds decent, while the gameplay looks restricted and a bit harsh. Concurrently, the duty of managing a myriad of characters and items puzzle the experience even further. Nonetheless, the intensity of an RTS game stays preserved to an extent. Those who know the ropes more than enough may get disheartened with its immature graphics and not-so-great music. 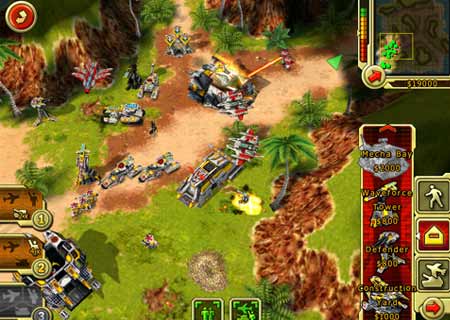 The Command & Conquer: Red Alert for iPad has been priced at $4.99 and made available through iTunes. With a rating of 8 out of 10 from us, now deciding upon whether to fork out the stated amount or not would further topple as another task for you.