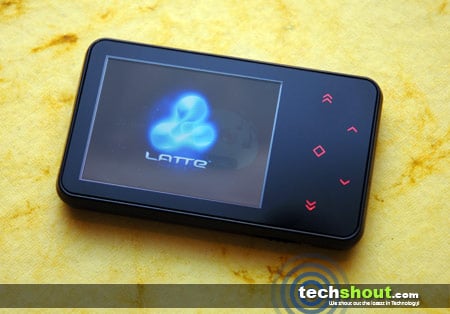 The folks over at Latte have sent us another Latte gadget to review. The last time, it was the Latte Slim 11 B phone and now it’s the Neon M3 Digital Video Player that we get to put our hands on. This gizmo looks a bit like the Video iPod and a little bit like an iPod Nano. But then there are a lot of features in the Latte Neon M3 player which really makes it quite unique itself.

The most significant feature that the Neon M3 Digital Video Player boasts of is its unique heat sensor navigation keys. Let’s start with the main thing that the Neon M3 has been designed for – watching videos. This player supports the AVI format that makes it uber cool since you don’t have to keep converting your video files to other video formats for the video player to play them. And yes, the player ships with a video converter software that converts video file between all popular video formats. Also, it is quite easy to upload files on the Neon M3 as all you have to do is just drag and drop the videos, songs and pictures from your PC into the player. Latte Neon M3 comes with a 2 GB memory (a 4 GB variant is also available) and supports external memory, a Micro T-Flash Card from 128MB to 2GB.

The Latte Neon M3 media player has a 2.4 inch 260K QVGA TFT screen that has a resolution of 320 x 240 pixels. This makes the video viewing experience exceptional. Now coming to the audio playback, it was fantastic. This player supports MP3 files from 64 Kbps to 384 Kbps. And if you are one of those who like playing WMA files, the player supports files of bit rates 64Kbps to 320Kbps. 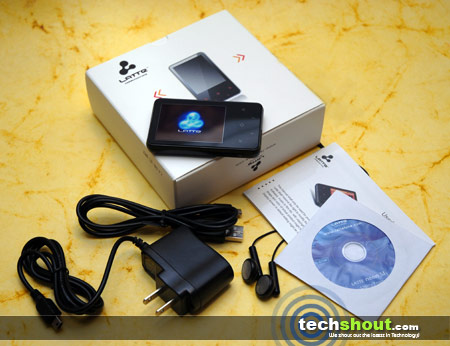 Besides playing music, you can also view JPEG images on the Neon M3. And just like the iPod Video, you can even read ebooks on the Latte media player as it also supports text files.

However, one of the biggest advantages that the Neon M3 has over other media players in the market is that it comes with a built-in FM radio. And not only that, you can store up to 30 channels on this player and also your favorite channels not only from your city, but also from other places that you travel to. This makes the feature very useful for people who travel a lot. And even if you are bored listening to the songs that you put in the Flash memory, the radio always gives a respite. 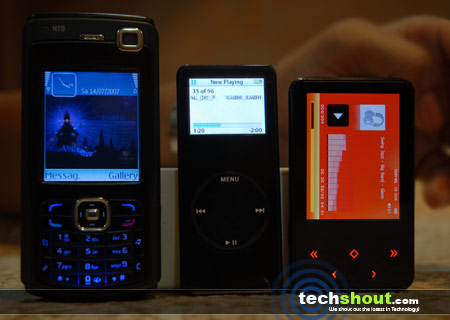 One more thing that makes the Latte Neon M3 player more of a utility device is the inclusion of a mic that enables people to record audio on it. Usually media players don’t ship with this functionality, but Latte did a very good thing by putting in a voice recording mode. And yes, there is also a small speaker, though not that loud, at the back of the phone that allows you to hear music without the headphones. They have also included a game called Russian Block, which is nothing but your favorite Tetris game!

Now coming to the negatives that we found in the Latte Neon M3 Digital Video Player; firstly the player just supports two languages, English and Spanish. We feel they should have included more languages. One more thing we didn’t like is the same thing that makes it so special – the heat sensor navigation keys. It does take time to get used to it. The FM radio is not that receptive, especially in enclosed spaces.

Our Shout: After carefully analyzing the Latte Neon M3 Digital Video Player, we give it a rating of 7.5. We feel it is a steal for $149.99 (approx. Rs. 6050). The media player is suitable for anyone who loves to watch videos and swing to music as well as hear the chatter of RJs on FM stations.