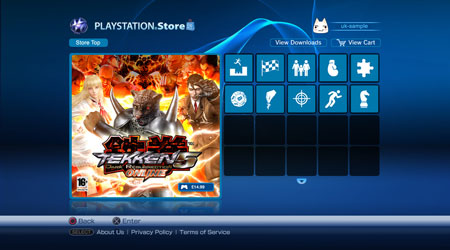 Humans love to see new interfaces, whether it is their operating system on their computers or their websites or even the interface on their video games console! PlayStation 3 gamers had been waiting for a long time to know when the revamped version of the online content store on PlayStation Network, the PlayStation Store, would be up. 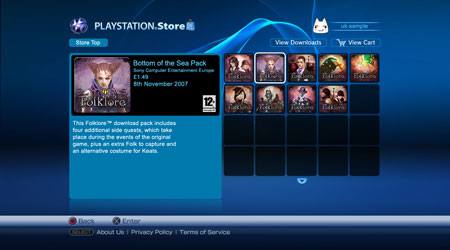 Now Sony Computer Entertainment Europe (SCEE) has sent word that the enhanced PlayStation Store will be launched on April 15, 2008. It will have enhanced navigation, more functionality and lots and lots of new content. Sony had conducted a survey last year that pointed out many PlayStation Store users who demanded easier navigation along with a better interface. The new revamped PlayStation Store is a result of that and the users can look forward to a better navigation system and a user interface that is dynamic. There is also a much greater reach for categorization.

Besides launching the revamped version of the PlayStation Store, as we said before, Sony will also put up some great content. Gamers can expect Warhawk: Operation Broken Mirror as well as Lair: Diabolical Dragons Pack and Skyguard Upgrade pack. That’s not all, they will be making available a Sega Superstars tennis demo as well as a collection of trailers. Yes, the Grand Theft Auto IV trailer will also be there.

Last but not the least, Sony will also be launching the Metal Gear Online Premiere Beta. The content will be available from April, 17, 2008. Sony has also stated that the revamp of the PlayStation Store will not affect the virtual wallet system or the PlayStation Network accounts.