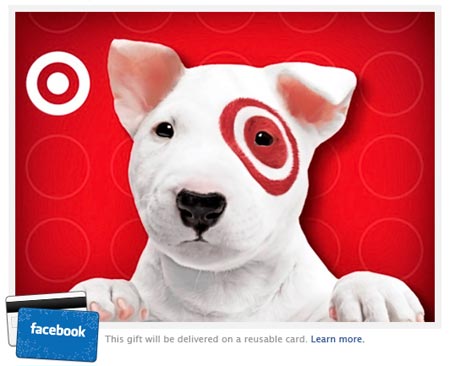 A Facebook gift card system has been introduced and the odd sounding name is basically what the social network calls its new online solution. People can send their friends the monetary equivalent of presents via said cards from outlets including Jamba Juice, Olive Garden, Sephora, and Target. And they’re reusable.

The idea of a Facebook gift card is not a new one, but making it reusable slightly sweetens the deal with a certain amount of added convenience. And it works in a fairly straightforward manner. Those who would like to send friends pocket-sized happiness, for whatever reason, can select something from the Gift Cards & Digital category. 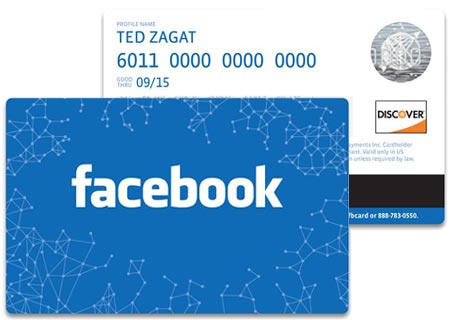 The person doing the giving will then have to choose a value that they feel comfortable with and complete the purchase. The friend to whom the present is being sent will instantly receive a notification about something sweet coming their way. Fast forward a few days into the future and the one receiving the bonus should find it in the mail.

It will be valid and ready for a purchase from the very moment it is delivered. The part about it being reusable means that once someone gets a card it is attached to their profile on the SNS. And any subsequent offering received will be added to the existing piece of plastic. 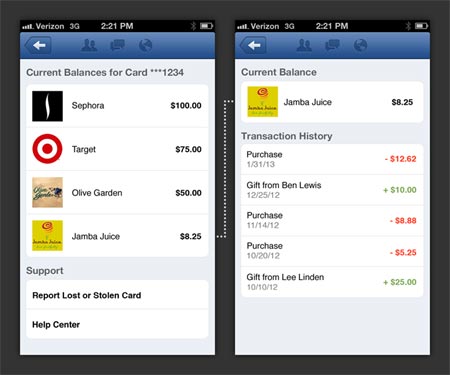 In addition, the card is capable of holding several balances at the same time, and each balance will only be held for the specific retailer to which the present is tied. For example, the device with a magnetic strip might hold balances of $75 at Target, $100 at Sephora, $8.25 at Jamba Juice and $50 at the Olive Garden. The image above should serve to illustrate exactly what we mean.

Recently the networking site announced its earnings report for the fourth quarter of last year. In this it was listed that net income (GAAP) had dropped significantly from $302m in Q4 2011 to just $64m for the period of Q4 2012. Might this offering be part of what the SNS considers has to be done to increase earnings? 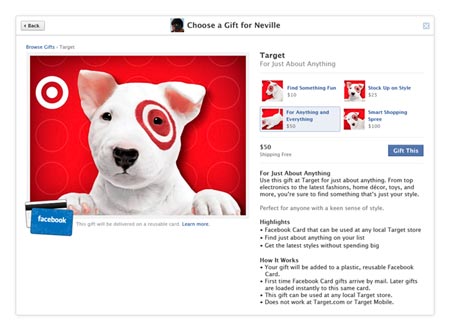 Yes, the idea of a Facebook gift card might seem like an enamored solution, but the service will only find people in the US and it will be gradually rolled out. Users will just have to sign in to check whether they can brighten up a friend’s day via an online, but very real, present. This has been quite the turnaround since the SNS acquired Karma.