Keeping in mind that the OS X Yosemite rollout is just around the corner, Apple has released some new hardware to go along with it, in the form of fresh Retina MacBook Pro models. No huge changes find their way into the products, but they have indeed received a speed boost thanks to updated CPUs and memory modules.

Let’s first talk about the 15-inch version of the much revered laptop first. With the upgrade, 16GB worth of RAM will be present in this variant instead of 8GB. Apart from 256GB and 512GB of flash storage options, there will also be the facility to get 1TB of space at an added $500. 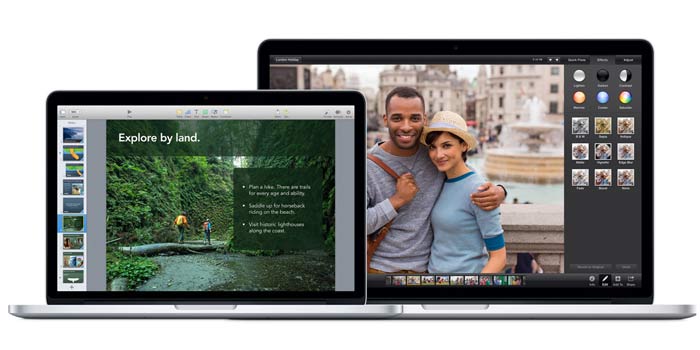 While the 256GB storage model will have its fourth-gen quad core i7 processor clocked at 2.2GHz, the 512GB version will feature the same CPU but with its speed tied at 2.5GHz. $1999 is how much you’ll need to purchase the 15-inch Retina MacBook Pro in its 256GB form, whereas its 512GB option will be available for $2499.

The new Retina MacBook Pro laptops have gone on sale in the US today via Apple, and are soon expected to hit other parts of the world as well.