What would happen if the iPhone 5C and 7th-gen iPod nano mated? iPhone 6 perhaps?

That Apple engineers are going back to the drawing board to hatch up a new design for the iPhone 6 is no secret, but the apparent fact that they will combine cues from the iPhone 5C and the 7th-gen iPod nano is quite a surprise. Based on this approach, two models bearing 4.7-inch and 5.7-inch displays have been prepped up as potential candidates by Apple supposedly.

The iPhone 5C sports a polycarbonate plastic back, whereas the newest iPod nano boasts of an anodized aluminum body, so there’s no saying what material will go into the making of the new Apple smartphone. However, since both the devices are available in colorful options, this could be one aspect which the iPhone 6 could very well tread upon. 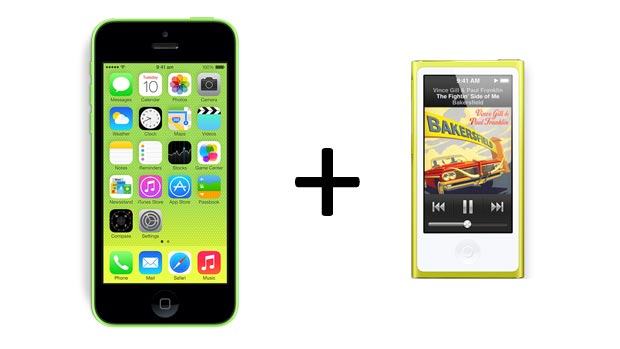 According to Apple Insider, this report comes from Macotakara which is saying that the fresh smartphone will bear button shapes for volume and mute similar to those of the 5C model. Moreover, it could also adopt the rounded back edges design of the said device, and could even copy its speaker and microphone holes.

Two models of the iPhone 6 are apparently being considered by Apple. The 5.7-inch one is said to feature a 7mm thin body, but the presence of the rear iSight camera is causing a slight protrusion on the back surface like on the fifth-generation iPod nano. There are possibilities that the company will eventually eliminate this protrusion by increasing the device’s thickness.

Lastly, the report also states that the iPhone 6 will not be seen replacing the existing iPhone 5c, but will be sold side-by-side.