Unless you’ve been hiding under a rock on another planet, you’ve heard of the fidget spinner – possibly the biggest toy craze among kids around the world in 2017. Tokyo-based company, Vanguard Industries, has now come up with the Fidget Knob that seems to be inspired by the spinner.

As the name suggests, the Fidget Knob on Indiegogo has a completely different design when compared to the children’s toy. It looks more like a bulb than a knob. Additionally, the technology which goes into it is more advanced than that of the spinner. Here are a few things you can do with it –

1. Use as a smartphone stand

Attach it to the back of your smartphone and set up the Fidget Knob as a stand when you want to watch content hands-free or use the speakerphone while working on another device simultaneously.

It may be a little awkward to be seen with a popular kid’s toy at the office, especially if you’re in a very formal work environment. The Fidget Knob serves as an alternative to the fidget spinner, and it’s functional too. 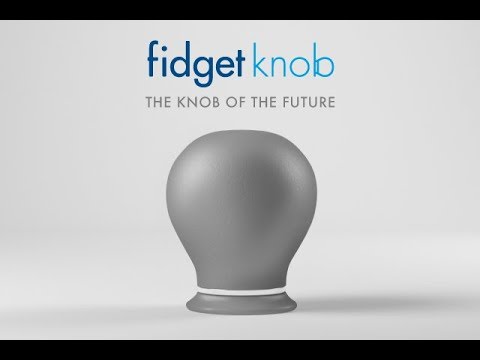 It’s got an understated though interesting design and is quite small in size. It is crafted to provide four main types of sensory inputs to relieve stress to a certain extent. If you feel fidgety often, you know what we mean.

Vanguard hasn’t revealed what material has been used to make the gadget. But you can actually give it a satisfying squeeze when your fingers are feeling restless, and watch it decompress back into its original shape.

You can twist it to enjoy a “click stop” sensation, or flip it like one of those roly-poly toys. It’s also got some sort of homing technology which lets it zoom back to its base in a mesmerizing way whenever you separate the two.

The Fidget Knob even helps in preventing damage from falls to your phone (we’re looking at you, butter fingers!). To do this, just attach it to the back of your handset and grip it similar to the way you’d cup the goblet of a wineglass. 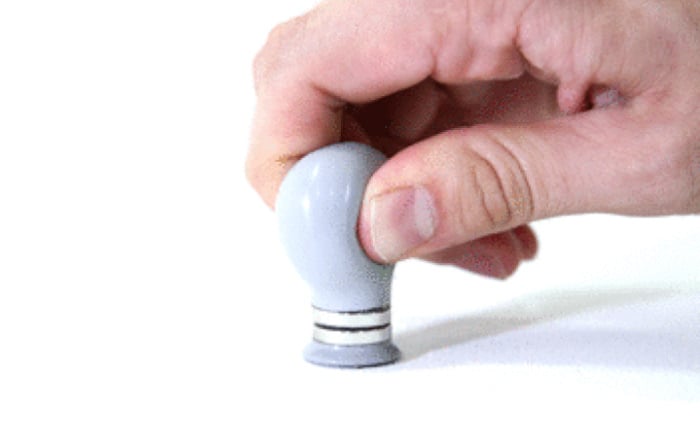 We know that the scientific consensus is divided on fidget toys as stress busters. But how often do you come across an invention like the Fidget Knob that looks mature enough for adults to carry around without feeling a bit stupid?

The release date of the Fidget Knob is set for May 2018. It ships to the US, Japan and Canada at $18 apiece or lower, depending on how many you order. You can get it in a limited edition gray color as well as blue, pink, white, green and ivory.