Resistance: Fall of Man Sequel Coming to PS3 by Fall 2008, with 60 Players Online 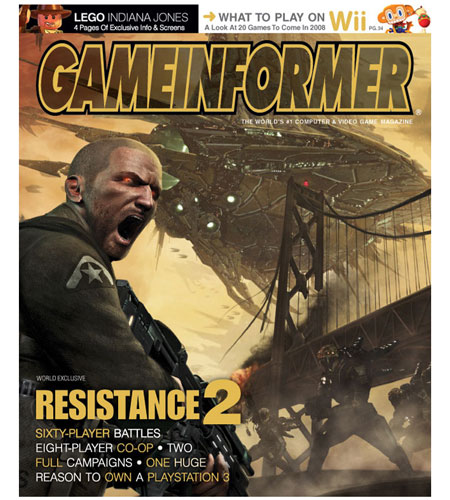 This Fall, Sony’s Resistance: Fall Of Man will get a much awaited sequel, states the February issue of GameInformer.

The first title was released by Insomniac Games in 2006 and since then PS3 owners have eagerly waited for a follow up. The highlights of the forthcoming game would be One campaign with Nathan Hale that takes place in US, one separate story based campaign supporting 2 players offline and, 8 players online, 60-player online battles, new character classes, and superior online co-op play.

In addition, changeable map geometry to keep levels fresh and three classes of soldier including Heavy, Special Ops and Medic, will also be added.

A recipient of immense recognition along with a string of awards, Resistance: Fall Of Man has had its own share of controversies. The title was first being targeted by Church of England, after which PM Blair gave his share of talk about the title and the controversies surrounding it, and finally Sony apologized to the Church of England for the entire row. Well, it pays to be popular, doesn’t it!