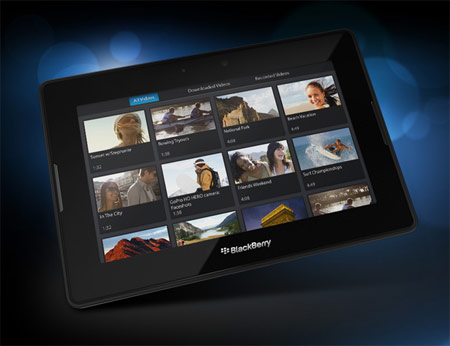 While RIM has been courting some unwanted spotlight with alleged copyright infringements, its time the company gets credit for some accomplishments. As the manufacturer released its first quarter fiscal 2012 results and revision, it unveiled that about 500,000 BlackBerry PlayBook and 13.2 million BlackBerry handheld devices have been sold till the end of this period.

The report states that the first quarter of fiscal 2012 expanded by around 16 percent as opposed to the same period in the previous year. In terms of monetary figures, it amounted to approximately $4.9 billion with a 12 percent drop from the preceding quarter. A 44 percent of gross margin was also registered during this period which has been referred to as ‘slightly higher than expected.’ The reason for this has been attributed to the product mix in the company’s portfolio.

“Fiscal 2012 has gotten off to a challenging start. The slowdown we saw in the first quarter is continuing into Q2, and delays in new product introductions into the very late part of August is leading to a lower than expected outlook in the second quarter,” remarked Jim Balsillie, Co-CEO at Research In Motion. “RIM’s business is profitable and remains solid overall with growing market share in numerous markets around the world and a strong balance sheet with almost $3 billion in cash. We believe that with the new products scheduled for launch in the next few months and realigning our cost structure, RIM will see strong profit growth in the latter part of fiscal 2012.”

Offering a breakdown in the revenue chart, the company elucidated that a total of 78 percent has been derived from hardware sales. Further, service and software revenues have made respective contributions of around 20 percent and 2 percent to this quarter’s make up. It has been stated that the company looks forward to about $4.2-$4.8 billion proceeds through the second quarter ending August 27, 2011.

The aforesaid shipping figures for the BlackBerry PlayBook and other BlackBerry handheld devices appear good enough to put up a fiery fight. However, with reports suggesting a decline in the company’s share over the past few months, the next fiscal quarter report could clarify it standing across the domain.