Ever since Republic Wireless dropped its beta tag back in November of 2012, the carrier had only been offering a single smartphone, the Defy XT. Now, a new device, which is also from Motorola, is being added to that list, the Moto X. The provider plans to make the handset available for just $299 sans any contract, by ‘footing the bill.’

To refresh your memory, Republic Wireless operates on a Wi-Fi hybrid network with aims to provide services at affordable rates. The now outdated Defy XT has been the only handset on the carrier and it plans on providing its customers with a higher performance handset. With the Moto X, users will receive a taste of Android 4.2 Jelly Bean with a near-stock experience and the always listening mode. The smartphone sports a 4.7-inch HD display, a 1.7GHz dual core S4 Pro CPU, 16GB of storage, a 10MP rear camera, 4G LTE support, 16GB of memory, 2GB of RAM and a 2200mAh battery. 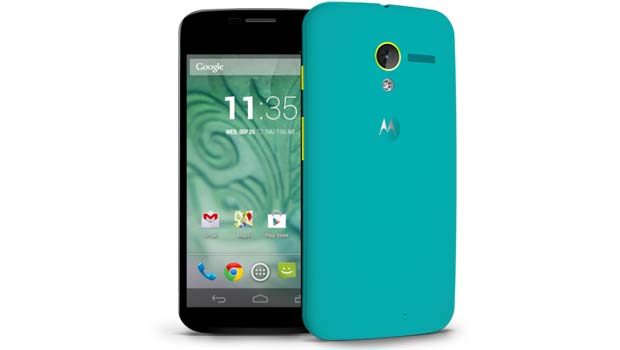 The carrier notes that the device will initially go on sale in woven black and woven white choices, leaving the possibility of custom designs in the future open. Along with the Moto X, Republic Wireless has announced various new plans starting at $5. The first subscription provides unlimited talk, text and data only over Wi-Fi, while the others deliver cellular access as well.

Just so you know, the Moto X’s $299 price is sans taxes and surcharges. The smartphone will be available starting November 2013 via the Republic Wireless store. No pre-orders are being accepted, but a registration page has already gone live for placeholders.