Replacement Samsung Galaxy Note 7 goes up in flames on plane

Samsung has landed itself in deep trouble all over again with the arrival of new report which alleges that a replacement Galaxy Note 7 has exploded. The company’s image is shaky as it is and the new incident will likely make things a lot worse.

The scene of the crime was a Southwest Airlines flight which was flying from Louisville to Baltimore. Brian Green, the owner of the Galaxy Note 7 in question, had supposedly powered down the handset as was requested by the flight crew. He then proceeded to place the device in his pocket.

The Galaxy Note 7 apparently began smoking not long after this, provoking Green to drop it to the floor of the plane where it lay emitting thick grey-green angry smoke. According to a colleague, the smartphone later burned through the carpet and scorched the subfloor of the aircraft. 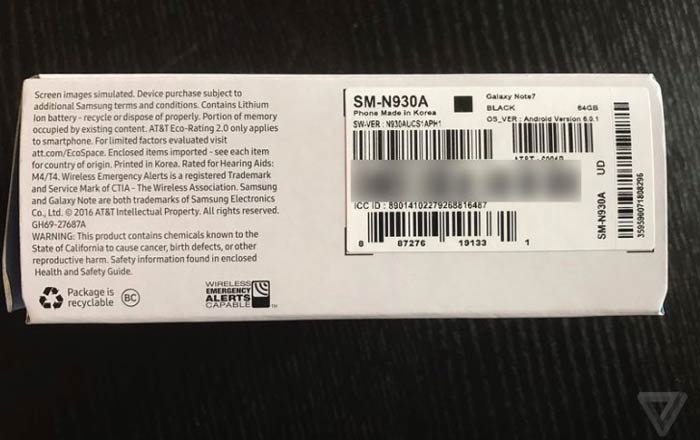 Thankfully, the case occurred while the Southwest Airlines flight was still at the gate and not in the air. A spokesperson for the company has confirmed that all passengers and crew exited the plane safely. The Samsung phone is now being investigated by the Louisville Fire Department’s arson unit and US Consumer Product Safety Commission.

Green told The Verge that he had picked up his replacement unit from an AT&T store on September 21. The handset seemingly bore all the official Samsung markings of a safe offering including a green battery icon and black square symbol on its box. He claims he had only powered the device with a wireless charger and it was at around 80% capacity when it burst into flames.

Moreover, the unit’s IMEI was even run through Samsung’s recall eligibility checker which declared that the smartphone was not in the list of affected devices. As per a statement the brand issued, it’s not going to confirm whether the incident involved the new Note 7 up until it is able to get its hands on the handset.

Green for his part as now moved on to the iPhone 7, which itself was involved in a fire-related occurrence recently. His Galaxy Note 7 might just prompt yet another recall if it is indeed a safe unit. One thing’s for sure, Samsung will have a hard time gaining its customers trust back.