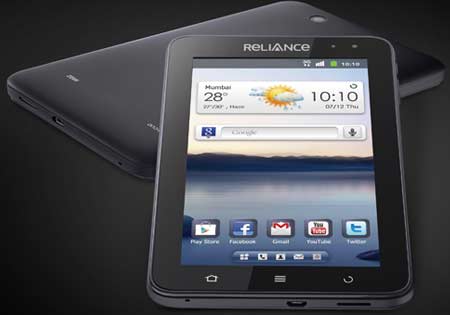 Almost a year after introducing the 3G Tab in India, the upcoming arrival of the Reliance new 3G Tab which plays successor to the former has been announced. At Rs. 14,500, it is likely to give stiff competition to a number of budget-friendly tablets that have flooded the markets in the country within the last few months.

Compatible with the company’s 3G network, the Gingerbread-based slab gains steam from 512MB RAM and a processor that ticks at 1.4GHz. It is armed with a 3MP rear camera, a front-mounted webcam as well as a 7-inch capacitive 5-point multi-touch display that renders visuals in 1024 x 600p resolution. The multitasking device with voice calling capability, can also act as a mobile TV and allows access to social networking websites.

“Having redefined the Tab market in the country with an overwhelming response from our existing customers and in line with our endeavor to develop the device eco system, the new 3G Tab is sure to enhance customer experience on our seamless IP enabled superior 3G network bundled with exciting offers at an affordable price point,” stated Sanjay Behl, Group Head – Brand & Marketing, Reliance Communications Limited. 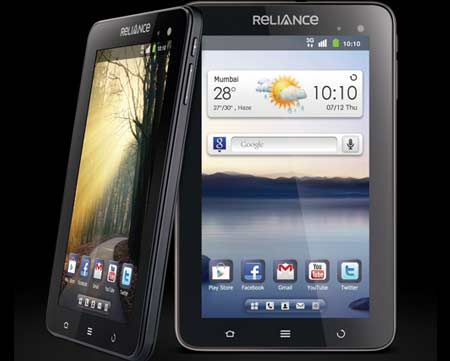 Furthermore, this business-ready slab is pre-installed with Documents To Go that is compliant with Word documents, Excel spreadsheets, PowerPoint presentations and even PDF files. It also extends support to multiple email accounts and is loaded with various Google Mobile services, entertainment applications and access to news websites.

The Reliance 3G Tab price in India is pegged at Rs. 14,499, but the company is yet to reveal the release date. It will be available through Reliance World stores, Reliance Mobile stores and other authorized retailers.