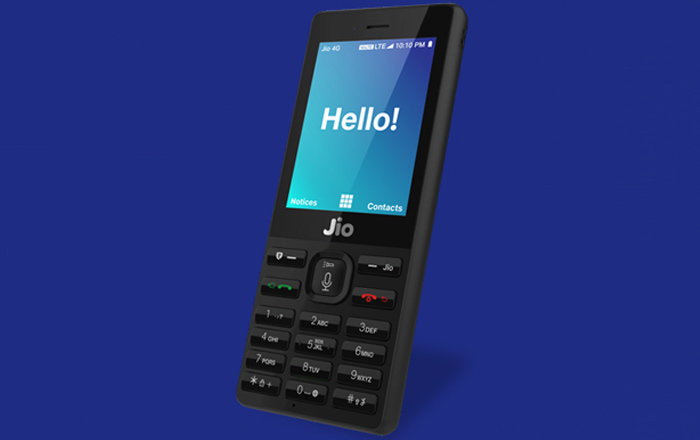 Reliance Jio has taken everyone by surprise by launching a 4G VoLTE feature phone that is essentially priced at Rs 0. The new JioPhone is aimed specifically at the masses, hoping to convert old-school 2G users to 4G on a massive scale.

To get on board, interested buyers will have to put down a Rs 1500 security deposit. This amount will be refundable after 3 years, making the device basically free in the long run. Reliance Jio is looking to sweeten the deal by bundling it with a Rs 153/month plan that gives away unlimited data, SMS, and voice calling.

It should be noted that after crossing a 500MB/day limit, speeds will drop down to 128Kbps. There’s also a Rs 309/month scheme that allows people to mirror their JioPhone’s screen on a TV via a JioPhone TV-Cable, letting them access movies, live TV, and music on their modern or CRT TV.

If this doesn’t appeal, Reliance Jio’s offering Rs 24 and Rs 54 sachet packs valid for 2 days and a week, respectively. As for its specs, the feature phone is pretty basic in this aspect. It’s gotten equipped with a 2.4-inch QVGA screen, FM radio support, a 3.5mm headphone jack, and an SD card slot. NFC and UPI support is set to be added in due course.

The JioPhone is set to be available to beta testers on August 15. Pre-booking will kick-off on August 24 followed by a September release. Reliance Jio is planning to manufacture the device in India starting from Q4 of 2017.