Reliance Jio’s entry into the telecom arena is one of the most anticipated business events of this year, and the Lyf Earth 1 smartphone which will come alongside the network is hence creating quite a buzz. We still don’t have any word on when the 4G services from the Mukesh Ambani-owned company will finally be activated for everyone, but we do know the specs of the aforementioned device now.

It will indeed come with dual SIM card slots with 4G support on both the trays. Staying true to the phablet trend, the Lyf Earth 1 will offer a 5.5-inch 1080p full HD AMOLED display with a pixel density count of 401ppi.

The makers of this device have blessed it with the Qualcomm Snapdragon 615 chipset which comes with a 1.5GHz octa core processor and an Adreno 405 GPU onboard. According to Gadgets 360, the Earth 1 smartphone from Reliance Jio spots a dual camera setup on its rear surface.

A quick glance at the main specs of the Lyf Earth 1:

While one shooter is a 13MP unit, the other is a 2MP one. This assembly is most likely to work towards offering various photography effects, just like on HTC phones. For selfies and video calling, the Lyf phone will be relying on a 5MP front snapper. 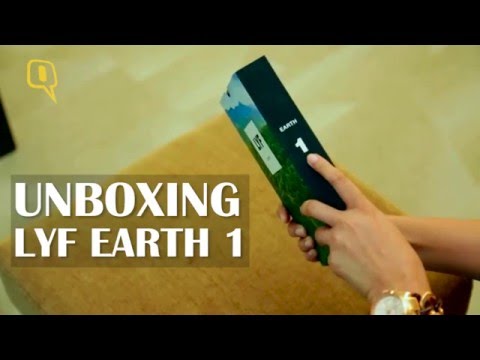 We still don’t know when the the Lyf Earth 1 smartphone or even Reliance Jio is supposed to be launched for the public, but we’ll you bring more on the two as soon as substantial details are out. In the meantime, you can watch an unboxing video of the device which has surfaced via The Quint.