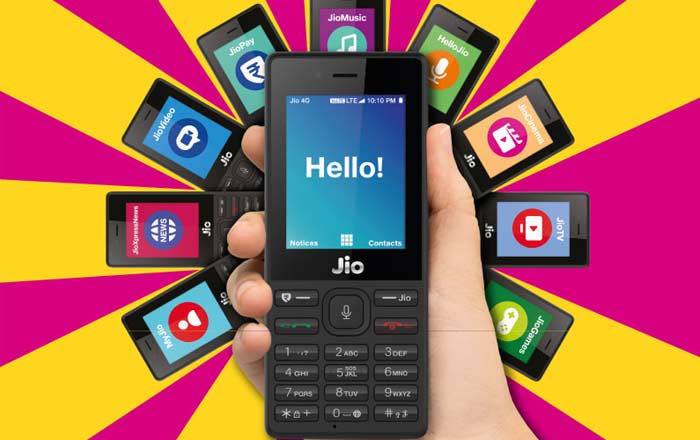 Reliance’s 4G-ready JioPhone was launched to great fanfare back in July this year, with many taken by surprise with the Rs 0 feature phone. The company hadn’t revealed much in the way of specs back then, but has now announced all via its website on the day the handset goes up for pre-booking.

To recap, the JioPhone requires a Rs 1500 deposit to purchase. Buyers are supposed to get the amount back after 3 years upon returning the device, effectively rendering the price of the phone at Rs 0. It’s been up for beta testing since August 15 and will now go up for pre-orders via Reliance Jio’s site, the MyJio app, and offline retailers at 5:30 pm today.

Reports claim that interested individuals will have to shell out Rs 500 in order to pre-book the handset, with the rest of the amount to be paid later when receiving the JioPhone. Plans include Rs 24/2 days, Rs 53/week, Rs 153/month and Rs 309/month. The third offers unlimited data, 300 SMS, and free voice calling, while the fourth gives users access to a JioMediaCable.

The JioMediaCable lets them connect their JioPhone to a modern or CRT TV and project content on the screen. There’s also an AI-powered voice assistant named Jio Assistant to do things like answering queries, sending messages, and opening apps. Over 24 languages are supported in the device including Hindi, Tamil, Malayalam, Marathi, and Gujarati.

Specifications of the Reliance JioPhone:

Once again, you pre-book the JioPhone via Reliance Jio’s website, the MyJio app, and offline outlets.