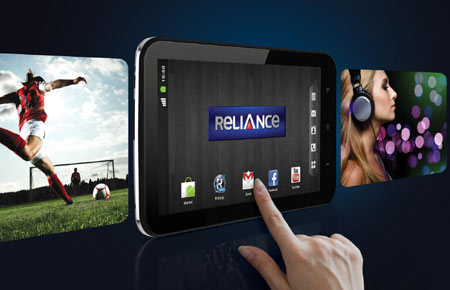 Another entrant into the budget-friendly tablet arena for India comes in the form of the Reliance CDMA Tab. The slab is pre-loaded with popular applications like Documents To Go, Facebook, YouTube, Gmail, BigFlix and more for catering to the youth as well as the corporate brigade in the country.

The tablet is complete with a 7-inch capacitive touchscreen and it brings in the taste of Gingerbread for Android loyalists. Tipping the scales at 397g, it integrates a 2MP primary camera and features a front facing one as well. With 512MB RAM, the Reliance CDMA Tab wraps in a 4GB SD card which can be replaced with a 32GB one. Needless to say, it is supported by Reliance’s CDMA network that is spread across more than 1000 towns in the nation.

Sanjay Behl, Group Head – Brand and Marketing, Reliance Communications, comments, “Having redefined the Tab market in the country last year with the launch and roaring success of Reliance 3G Tab, we are now yet again the first to introduce the country’s first CDMA Tab. With the rapid increase in data consumption in India and with Reliance’s superior HSD Network in over 1000 towns, the launch of the Reliance CDMA Tab is another step to carry forward our mission of Wirefree India.” 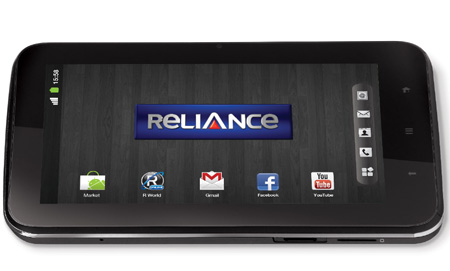 Mobile TV, GPS and voice calling are some of the other functions delivered by the tablet. To make the deal more lucrative, the company is offering the slate with 2 months of free subscription to BigFlix+, a free 1 year subscription to McAfee Mobile Security and Reliance Global Call worth Rs. 250. The company is even throwing in some interesting postpaid and prepaid plans for customers to choose from.

The Reliance CDMA Tab price in India is stamped at Rs. 12,999 and it can be picked up from Reliance Mobile outlets, Reliance World stores and other retailers.