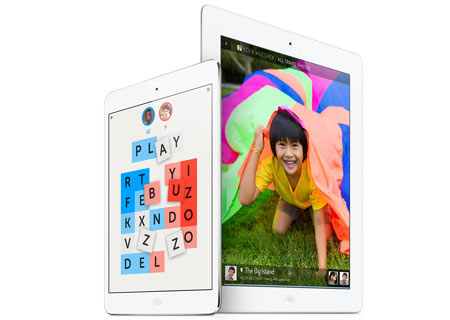 Apple has started to slash the retail tags of the refurbished iPad mini and the fourth generation iPad in the US to much lower amounts, making both slates available at a more affordable price. The reductions apply to both cellular as well as Wi-Fi-only versions and vary based on storage configurations. 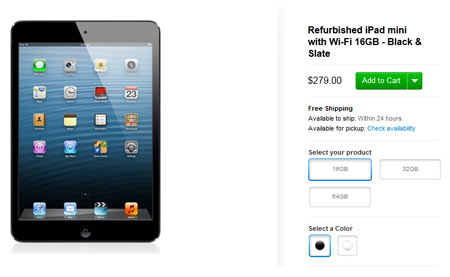 The 7.9-inch slab features an LED-backlit IPS panel with multi-touch input proffering a resolution of 1024 x 768 pixels with a 163ppi density. Powering it up is a dual core A5 SOC clubbed with 1GB of RAM. The device measures 0.28 inches thick and features dual cameras, a 1.2MP FaceTime HD 720p webcam as well as a 5MP iSight camera with 1080p HD video recording. Users can expect up to 10 hours of web browsing over Wi-Fi.

At 9.4mm thick, the 9.7-inch one sports an LED-backlit IPS Retina display that delivers a resolution of 2048 x 1536 pixels. A dual core A6 SOC with quad core graphics powers it up. The snappers featured here are the same as the ones on the compact version and the activity life is almost identical as well. 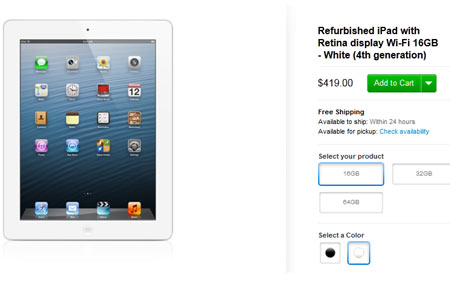 The refurbished iPad mini and fourth generation iPad can be found with discounted tags on the Apple online store. In other news, the company is expected to announce a new mobile platform iteration, iOS 7, along with a fresh OS X release at the WWDC in San Francisco during the second week of June.