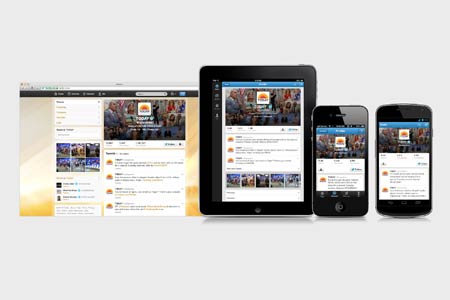 Twitter will start rolling out its new, redesigned profile pages to all users starting tomorrow, December 12, 2012, for the ‘Twitterarti’ in everyone. It gives users the freedom to share a piece of their mind with the world – anyone who’s listening, really – in more than simply 140 characters.

The social networking web site was updated in September this year and users were granted the ability to add an image to their profile that would reflect their uniqueness and style. It resembled something that Facebook users have been accustomed to for quite some time already. 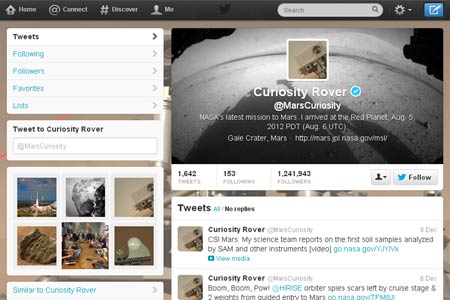 In recent disparity between the two social networking sites, Instagram support was disabled on the micro-blogging portal. For those who don’t know, the photo editing software is now owned by the Zuckerberg-led multinational corporation. And in the most recent development, Twitter has announced that it is getting its own filters and effects, courtesy of partner Aviary.

Coming back to the issue at hand, although it appeared that this change was made to all users about three months ago, this was apparently not the case. And while the iOS and Android Twitter apps had introduced header photos, the web site got an additional layer of self-expression in the form of a background image.

Starting tomorrow, all Twitter users will be able to upload a picture to their accounts which will appear above their tweets and acts like a window into their personalities. On the web site meanwhile, users’ accounts will be automatically updated with this version of the profile, a post on the official Twitter blog says. 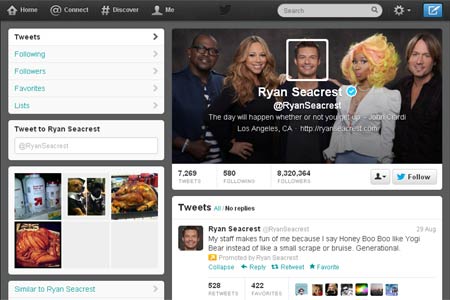 As it did then, the blog shares a few well known personalities’ profiles including that of Ryan Seacrest (an image of which we’ve attached above). This is to inspire people and send them on their way to make their profiles more personal and engaging.

The blog post also has a 1950s-ish instructional video starring cartoon cut-out, Nick, complete with era-appropriate music. It explains how and why users should update their accounts with a picture, and implies they can do it even while rappelling down a jagged rocky (papier-mâché) cliff face.

So to sum up, tomorrow, December 12, 2012, all Twitter users will have the redesigned profile pages with all the interesting visual capabilities waiting for them when they log on.