Redesigned Gmail login page is gradually being rolled out

After introducing a new logo and a redesigned home page, Google has turned its attention towards the login screen of Gmail. The new refreshed sign up page is not available for all Gmail subscribers as of now, but it has been released in quite a few regions and should be made available to everyone over the course of the next few weeks.

Google hasn’t mentioned anything about the new design of its login page and it was the guys over Zinx who came across it last week. Considering that most people tend to stay signed into their respective Google accounts, they do not really go to the said page and may have failed to spot it. 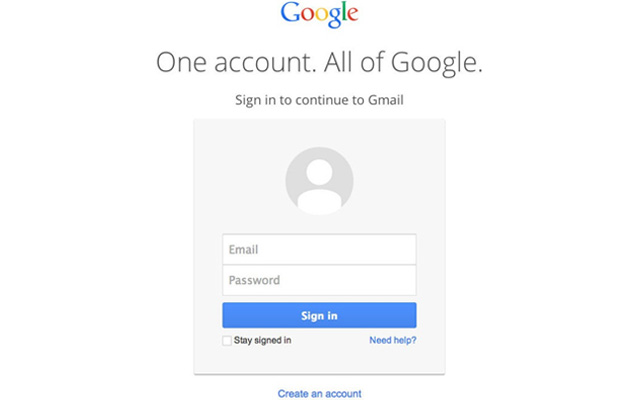 Mashable, who happened to notice the piece of news on The Next Web, reached out to Google and received a response from the company’s spokesperson. According to the statement, the Mountain View-based conglomerate paid heed to feedback from users and has tried to make the signing in process much simpler. The page started appearing about a few months ago in select regions.

What’s worth mentioning is that the new page clearly points out ‘One account. All of Google’ and has shifted the fields for punching in credentials at the center. Most importantly, the company has done away with those app advertisements which take more than half of the screen estate. Your profile picture will also shows up and it stores login history, making it easier to switch between multiple accounts.

As we said, the process of rolling out the new Gmail sign up page is rather slow, but we don’t think Google will keep you waiting for long. Do share your views regarding the redesigned page with us as soon as you get it.