The red Nexus 5 has been leaked multiple times now and LG has finally gone on the record by announcing the smartphone’s availability on Google Play. The handset was previously rumored to arrive on February 4 and it’s one of the six new shades that were leaked nearly two weeks ago.

Multiple shades of the Nexus 5 were spotted in a video. The handset was shown on the Google Play store with color options of purple, blue, green, yellow and orange. This is the first time we’re seeing a Nexus phone come drenched in hues other than the usual black and white. The red model’s existence was confirmed through leaked warehouse images which showed off the device and its packaging. 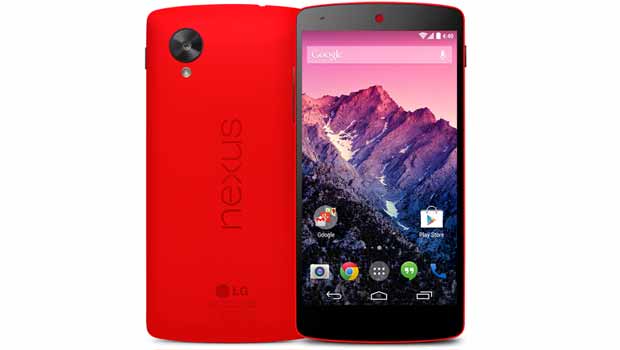 Where the other five colors are concerned, there’s still no concrete evidence of their existence. The red Nexus 5 will come preloaded with Android 4.4 KitKat. In other news, Google is reportedly planning to kill the Nexus brand and replace it with Google Play Edition which is currently used for multiple OEM devices loaded with vanilla Android sans any customizations.

The red Nexus 5 is available in select markets such as the US, the UK, Canada, France, Germany, Italy, Spain, India, Japan and others. More European nations will receive stock by the end of this month. The handset is priced the same as the black and white models.

Here are the specs of the Nexus 5: