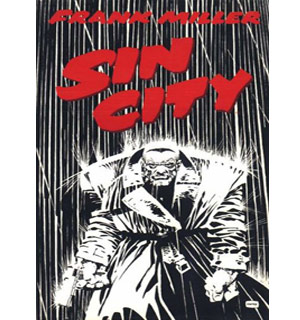 Epic Games’ Unreal Engine 3 has powered several game titles. And now there’s one more to add to the list.

Red Mile Entertainment’s Sin City will now be powered by UTIII. The game is based on Frank Miller’s graphic novel.

Speaking about the licensing of the technology, Glenn Wong, president and COO for developer Red Mile said, “The Unreal Engine is one of the most technically advanced engines on the market and is a perfect fit for our Sin City video games.”

Mark Rein, Epic’s VP stated, “We’re extremely excited to be working with Red Mile. We have been Frank Miller / Sin City fans for a long time and are pleased that our technology will be a key factor, and we’re confident that they’re going to make a great game with it.”

No other details such as release dates or platforms have been announced.

What’s known is that the game’s scriptwriting, story generation, and overall production is being handled by Flint Dille, who worked on The Chronicles of Riddick: Escape from Butcher Bay.

A movie adaptation of Sin City, has also been made, which was co-directed by Robert Rodriguez and Frank Miller with “special guest director” Quentin Tarantino.