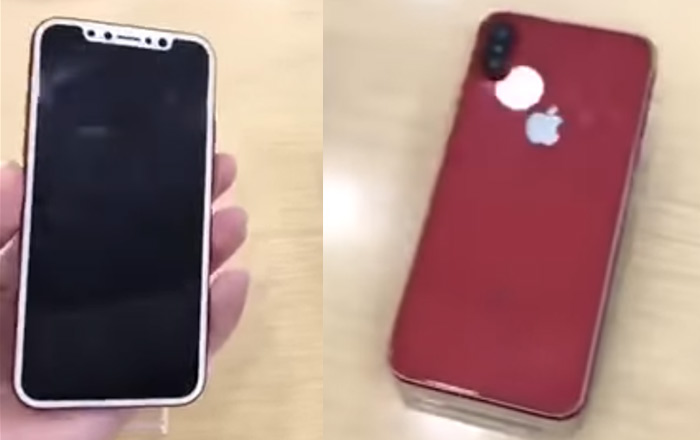 The iPhone X’s launch is just a few hours away, but that hasn’t stopped the leak train from chugging along revealing more information along the way. The latest little tidbit is that the premium offering will be launched in 4 colors this year, and not just the 3 that have been previously rumored.

To recap, the iPhone X is expected to be launched in white, black, and copper/blush gold. Now a new video has emerged showing off a never-before-seen red shade. Apple has launched red iPhones in the past of course, but those launched separately as part of its (PRODUCT) RED HIV/AIDS program.

Perhaps Apple is seeing the wisdom of launching a red iPhone from the get-go instead of many months later. Interestingly, there appears to be a red iPhone 8 Plus behind the red iPhone X. There’s a big difference between the two. The latter has a darker hue, while the former opts for a much brighter coat of paint similar to the iPhone 7’s.

The leakster behind the video claims it was shot in Guangzhou in what looks like a showroom. If true, that would mean these are actual units and not the dummy models we’ve been seeing so frequently. There’s no way to authenticate the video right now, but we’ll only have to wait for a short period of time to see whether the rumor bears out.

Other than the trio of iPhones, Apple is said to be launching a new 4K Apple TV and LTE-compatible Apple Watch Series 3. An image of the wearable emerged online recently courtesy an iOS 11 GM leak.