Red’s holographic Hydrogen One phone finally going up for sale

Camera maker Red has finally launched its ultra-mysterious Hydrogen One handset. Some thought this day would never come, especially after a number of delays and price hikes left a lot of people wondering whether the phone really existed.

The Red Hydrogen One is not only real, it’s also been reviewed by a number of publications. The main question on everyone’s minds is its special holographic powers and whether they live up to the hype. The predominant answer appears to be no, which is a shame since it seems like the device had a lot of potential.

The main highlight of the Hydrogen One is its unique 4-View Lightfield Display. Red claims the screen provides a 3D experience without the glasses. CNET likens it to 3D baseball cards which change when you move them from side-to-side. The nanotechnology used to achieve this sounds impressive, but mostly translates to a gimmick in real life.

Plus, there’s not a big market out there for providing 4-View content on a tiny phone screen. Red is trying to bridge this gap by partnering up with Warner Bros and others to offer over 100 films. The first 10000 customers on AT&T will get Fantastic Beasts and Where to Find Them and Ready Player One in 4-View for free. 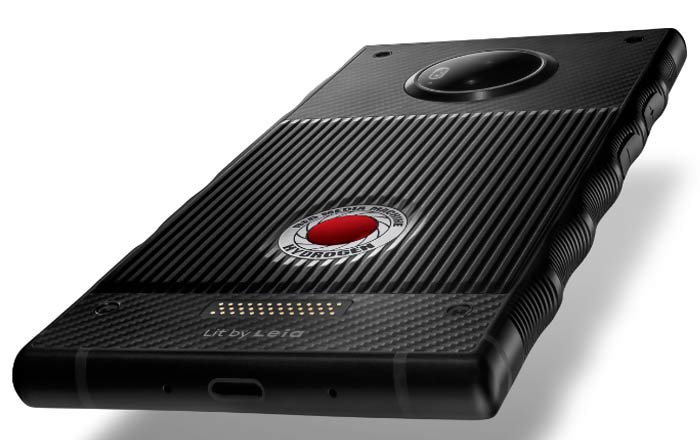 Red allows you to shoot videos and photos in Holographic 4-View (H4V), so you can have some 3D content of your own to show off. However, there’s no way to share these holographic images and videos with others in their original 3D format since you can only view them that way on a Hydrogen One screen.

Specifications of the Red Hydrogen One:

Not everyone is going to buy the Hydrogen One, so the first batch of customers will just have to get used to sharing ordinary 2D photos. They’ll have to pay a whopping $1295 price for this privilege. Verizon and AT&T are going to start selling the device from November 2 in the US.