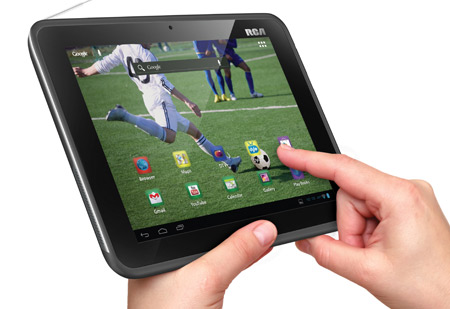 The price for the RCA Mobile TV Tablet – also referred to as the RCA DMT580D – has been disclosed by the company to have been placed at $299. Touted to be the electronics industry’s first dual-tuner mobile TV, this slate is scheduled to make its debut at the upcoming CES in the US. It has been equipped with a mobile TV tuner which is supported by Dyle mobile TV, thus allowing users on-the-go access to 130 mobile TV stations. Moreover, it works as a fully-featured Android-based slab as well, and is expected to hit markets during the spring of this year.

The ATSC Mobile DTV tuner and Dyle mobile TV which are integrated by the RCA Mobile TV Tablet are said to be ideal for any viewing environment. And while this setup is helpful when users are travelling, they can also make use of the tablet’s telescoping antenna so as to receive regular digital TV channels when they’re not moving. The company reveals that Dyle is now on-the-air in more than 35 markets, granting popular of TV shows and local news to its users.

Furthermore, other TV functions have also been infused into the slate. These include real-time signal strength display, on-screen program information display and digital closed captioning. And then there are more features like language settings, auto channel scan and a favorite channel setting that allow users to customize their experiences with the tablet. 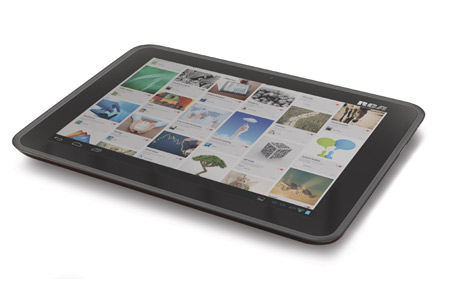 But that’s not all, as this piece of hardware can also double up as a usual Android slab. It displays its visuals on an 8-inch high-definition screen which is able to proffer a resolution of 1024 x 768p. Its operations are handled by a 1GHz Cortex A5 processor and a 1GB RAM. 8GB of on-board flash memory makes its way into this device, while a microSD slot is also there for expansion of its storage capacity. Wi-Fi 802.11 b/g/n is of course present on it, apart from front and rear cameras. Other features comprise integrated GPS, HDMI connectivity and up to 4 hours of battery life.

The release date of the RCA Mobile TV Tablet is scheduled for sometime during the spring of 2013. Its cost will be set at $299.