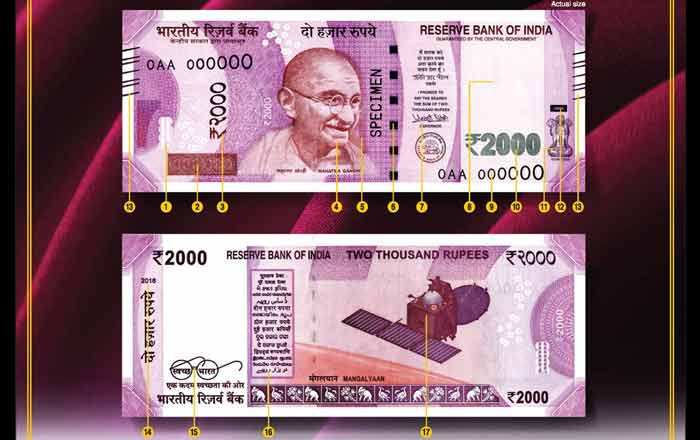 Prime Minister Narendra Modi’s blanket ban on the old Rs 500 and Rs 1000 currency notes has sparked a wide range of reactions and explanations for the drastic move. One persistent belief being forwarded as a WhatsApp message or social media post is that the new Rs 2000 note has a GPS chip embedded within it.

As it turns out, this assertion is completely false. Finance Minister Arun Jaitley himself dismissed the hoax when asked about it by a reporter. Moreover, even RBI spokesperson Aplana Killawala went on the record to state that such technology does not exist at the moment, making it impossible for India to implement such a feature.

A quick read-through of the message which talks about the technology in question reveals a number of leaps in logic. Firstly, it claims that each Rs 2000 note contains a Nano GPS Chip (NGC). It then claims that this NGC doesn’t require a power source and only works as a signal reflector.

Accordingly, satellites would apparently be able to send out a signal requesting the location and the NGC is supposed to respond by beaming out location data and the serial number of the currency. The system is supposedly advanced enough that it can be detected 120m below ground level and can’t be tampered with without destroying the note.

Technological issues aside, there’s also the question of the practicality of trying to track every single Rs 2000 note in existence. The new denomination does have a number of features which the RBI has officially announced, but nothing so advanced as a nano chip in every note.