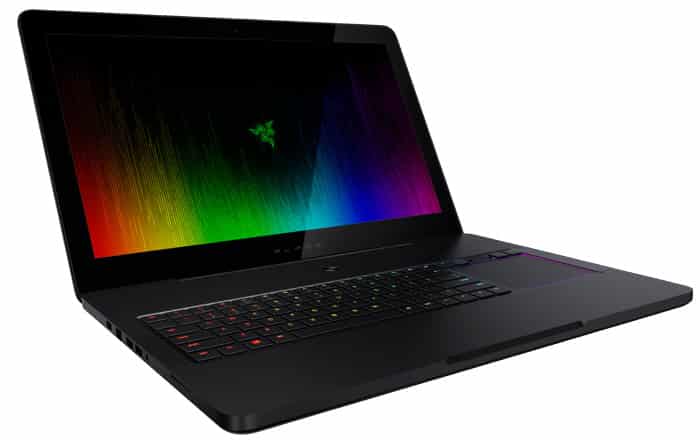 Razer’s come out with what could easily be considered as a contender for the most advanced laptop available in the market today in the form of the 2016 edition of the Blade Pro. The company is touting the gaming laptop as a true desktop replacement, stuffing it with an insane list of features while maintaining a relatively thin 22.5mm thickness and 3.54kg weight.

The one aspect which sets the updated Blade Pro from other notebooks is its mechanical keyboard. Razer claims it’s the world’s first ultra-low-profile mechanical keyboard. It’s clearly put a lot of effort into making the hardware a gamer’s dream, showering it with anti-ghosting skills, customizable individual backlit keys, colorful lighting effects, and a uniquely positioned large trackpad.

Razer didn’t hold back when it came to other specs either, blessing the laptop with a desktop-class Nvidia GeForce GTX 1080 graphics card and a crazy 32GB of DDR4 RAM. That’s on top of a touch-enabled 17.3-inch IGZO (Indium Gallium Zinc Oxide) 4K display bundled with Nvidia’s G-Sync display technology to eliminate screen tearing and guarantee less screen stutter and faster gameplay.

The Blade Pro can also handle VR gaming as a result of these high-end features. The manufacturer further promises the device can keep cool under pressure by virtue of having a custom cooling design which utilizes an internal fan, bleeding edge vapor chamber technology, and dynamic heat technology to make sure heat gets distributed evenly.

Here’s a neat summary of the specifications of the Razer Blade Pro: