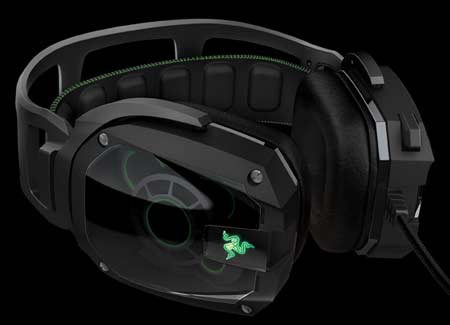 Players will have to wait a little longer to enjoy the surround sound experience as the release of the Razer Tiamat 7.1 gaming headset launch has been delayed. Gamers who have been anxiously expecting to lay hands on the gadget and had pinned their hopes on a holiday release, may be disappointed to hear that the device will not start shipping until end of January, next year.

A post on the company’s official blog confirms the delay in the shipping date and apologizes for the same. The headset that was announced back in August, is integrated with 10 individual drivers, 5 on each side, to reproduce lifelike sound that further adds to the owner’s gaming experience. Two each of subwoofer drivers, side surround drivers, back surround drivers, front drivers and center drivers offer frequency responses between 20Hz and 20,000Hz. 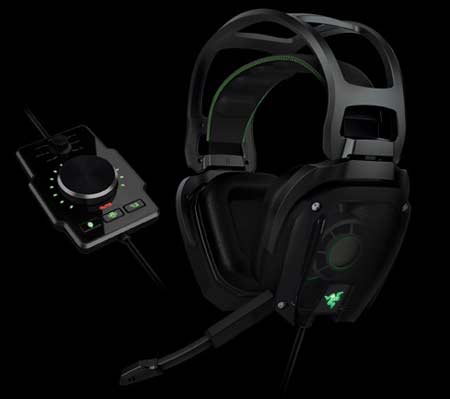 The audio solution allows users to engage in gaming for an extended period of time as it dons padded leatherette ear cups which take care of the comfort factor. Also, its sturdy construction gives the headset a long life. This easy to store peripheral is equipped with a retractable unidirectional mic that promises noise filtering for clarity while communicating with fellow gamers. As the company suggests, the frequency response of the microphone ranges from 50Hz to 16,000Hz. And what’s more, it lets gamers customize and fine-tune levels of position, bass and audio channel by means of its control unit.

As compensation to gamers who were expecting a Christmas release for the Razer Tiamat 7.1 gaming headset, the company is providing a coupon number to those who sign up for notifications regarding the audio gear’s release. The coupon code is for a Razer flask and T-shirt which will ship along with the headset, free of charge. The Tiamat 7.1 priced at $179.99, is slated to be made available by the end of January.