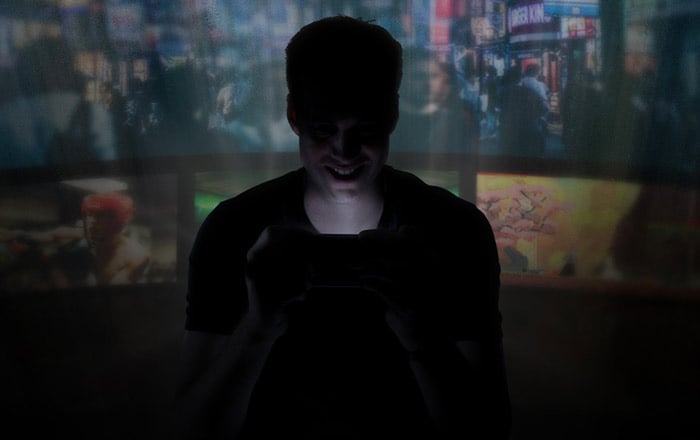 It’s been several months since Razer bought Nextbit earlier this year, and it looks like the acquisition is soon set to bear fruit. The gaming major has announced an event on November 1 where it’s probably going to launch its very first smartphone.

The promotional poster for the occasion hints as much, featuring a man looking at a glowing screen in his hands while games can be seen in the background. Unfortunately, Razer isn’t giving away much in terms of specs. Here to fill in that gap is a new leak which comes straight from benchmarking site GFXBench.

As per the listing, the Razer phone runs on a customized version of Nougat that’s called the Android Razer Edition. Perhaps it’s a gaming-centric skin of the OS made specifically to cater to gamers. They’ll be greeted by a Snapdragon 835 processor on the inside, along with a whopping 8GB of RAM.

The two together should prove to be a powerful combination, able to tackle even the most demanding of games. As for visuals, the page hints that Razer’s going to go with a 5.7-inch 2560 x 1440p screen. It will likely adopt a standard 16:9 aspect ratio instead of the trendy 18:9 one Android manufacturers are eagerly trying out.

Internal memory may stand at 64GB, while graphics will be handled by the Adreno 540 GPU. In terms of cameras, the Razer phone could carry a 12MP camera on its back and an 8MP one up front. The former might come with LED flash and autofocus.

Sadly, there’s no mention of battery specs in the listing. Any gaming handset worth its salt would need to have an excellent battery life to keep up with heavy-duty usage. We’ll keep you updated the moment more details emerge out of the woodwork up until November 1.