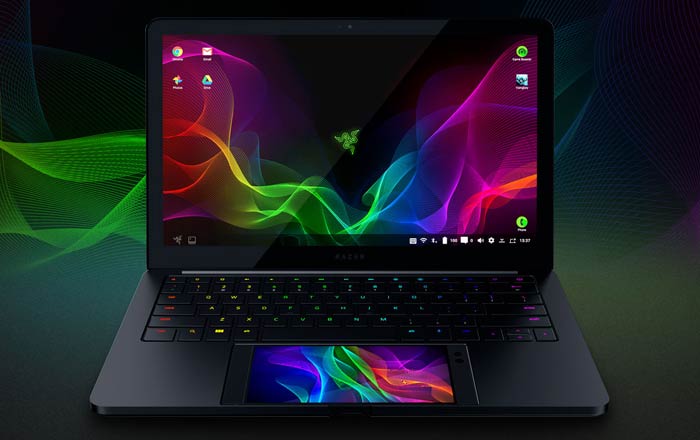 Razer got into the smartphone business about 2 months ago with the Razer Phone, a gaming-focused handset with a 120Hz screen and a fairly large 4000mAh battery. A new leak out of France suggests that the company is already working on a sequel to the device which will work with the brand’s Project Linda laptop dock.

Project Linda made quite a splash at the CES 2018. Razer calls it a concept ultraportable laptop design, using the Razer Phone’s Snapdragon 835 processor to power its activities. Someone would just have to pop the handset into the slot where the touchpad usually is and get going.

Sadly, Razer hasn’t officially confirmed whether Project Linda will ever become a reality. It’s said to be deciding whether to go ahead with the idea in the next couple of days. The brand’s CEO Min-Liang Tan recently offered up a hint at a positive outcome a few days ago via his Twitter account, so fingers crossed.

FrAndroid reports that the Razer Phone 2 will be coming out in September 2018, less than a year after the original made its debut in November 2017. Perhaps it’ll be shown off at the IFA 2018 which takes place in September.

Selling the Razer Phone 2 with Project Linda could make the smartphone a compelling option for those eager to have a laptop-phone hybrid in their lives. A source claims that the company worked on the project just 2 or 3 months before CES 2018, needing only 1 month to design it.

Razer used the format of the Razer Blade Stealth and teamed up with a firm called Sentio to create Project Linda. The latter specializes in converting Android devices into laptops, creating the software interface seen on the laptop’s 13.3-inch screen above.