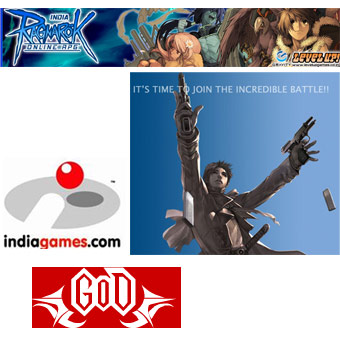 India-based online and mobile games company Indiagames has tied-up with MMORPG publishing firm Level UP under which two of Level Up’s well-known games namely “Ragnarok” and “Gunz” will be available on Games on Demand (GoD) Indiagames’ PC gaming service.

Vishal Gondal, CEO, Indiagames stated, “The number of role playing games on our Games on Demand service has been growing as they have all been well received by our subscribers, who can look forward to many more in the future. The GoD service will now make Ragnarok and Gunz available to a whole new audience across India as well as enhance the gaming experience, incentivize players and offer a source of revenue for the publishers”.

“The Indian gaming industry is at the beginning of a growth cycle with a number of new entrants and positive infrastructure trends. Indiagames GOD offers us a platform to widen our reach to audiences across India especially in the home market and in smaller towns. Ragnarok and Gunz are the two most popular Multiplayer online games in India and we are looking forward to further their franchise through this partnership with Indiagames GOD,” noted Venkat Mallik, MD, Level Up! India.

The MMORPG Ragnarak or RO, as it more fondly known as, is a game based on Norese mythology has styles that seek inspiration from several Asian cultures. It’s apparently larger than World of Warcraft, having an estimated 25 million online players worldwide.

Sadly, when we tried checking out the titles on the GoD section, the servers were down for “Maintenance Purposes”.