RadioShack Mobile based on Cricket Wireless may be launching soon 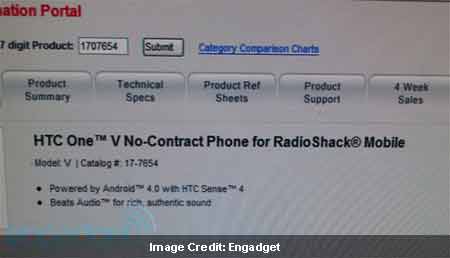 All those who prefer not to sign a contract for telecom services will soon have another MVNO option in the form of RadioShack Mobile. Reportedly, Cricket Wireless happens to be the parent company of this e-retailer’s mobile service.

Engadget seemed to have stumbled upon some screenshots which revealed the news about RadioShack’s plan to start its own wireless service. Similar to Cricket, this new MVNO will also be a no-contract carrier. The confirmation regarding its association with the aforementioned service provider stems from the fact that the activation number on one of the leaked images redirects to Cricket’s customer service line.

It has also been revealed that the Ice Cream Sandwich-based HTC One V is one of the devices that will be put up for sale through this latest network provider. The cost effective MVNO will supposedly be offering its services with Pay As You Go plans for starting prices as low as $25 per month. So far, this is all that we know about its pricing and schemes. 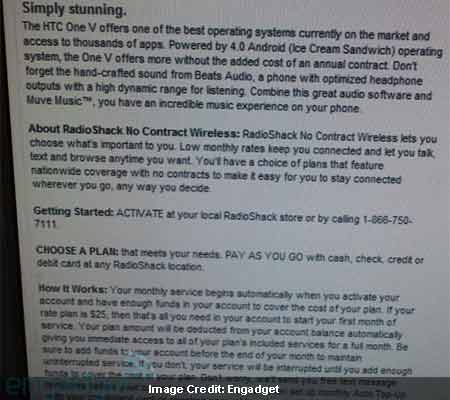 Furthermore, this new kid on the block will be stocking up on devices that are currently up for purchase through Cricket. Smartphones such as Huawei Mercury and Huawei Pillar will be available through it. A 4.3-inch Android-based handset from Alcatel will also feature on it. But there appears to be some confusion regarding what moniker the service will be known by since it has been referred to as RadioShack Mobile as well as RadioShack No Contract Wireless in the leaked shots.

The aforementioned website tried to reach out to the concerned retailer, but the latter chose to keep mum over its plans of starting RadioShack Mobile.