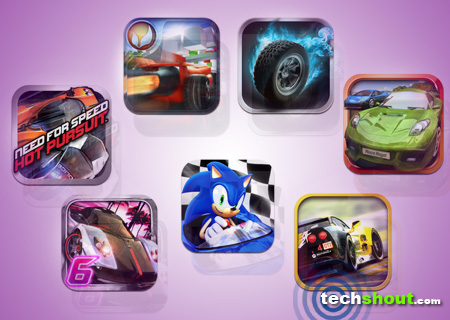 Start your engines and gear up to sail through the 7 best racing games for iPhone as we take you on a ride along the tech tarmac. Owners of the Apple device should arm themselves with nimble fingers and would not even need to go out on a limb to enjoy the intricacies each of the following titles has to offer them. Buckle up and check your rear-view mirror as we accelerate straight into our list of games. 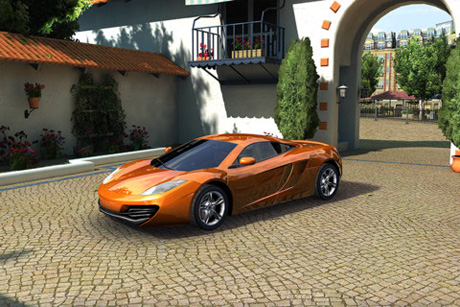 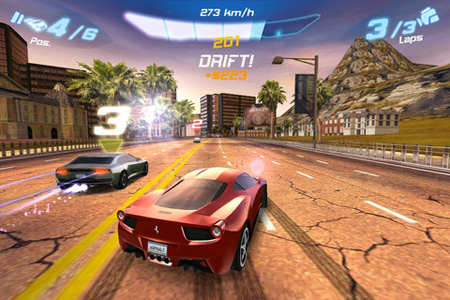 Developed by Gameloft, Asphalt 6: Adrenaline dishes out a whopping 42 cars and bikes that drive right out of various manufacturers’ showrooms like Lamborghini, Ducati, Ferrari and Aston Martin among others. iPhone owners can form their very own 3D garage packed with these beauties. There are online as well as local multiplayer modes where up to 6 speed demons can battle it out on the race course. 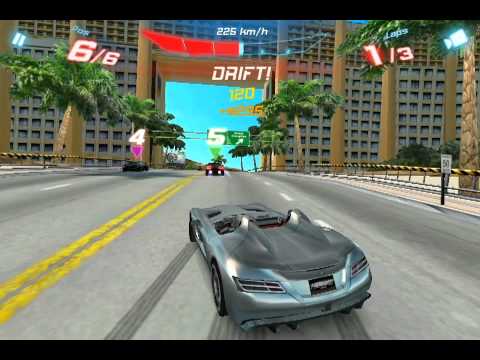 The company has further infused the title with beautiful HD graphics and different city locations such as the Bahamas, Tokyo, L.A. and other areas across the globe. Moreover, 11 leagues and 55 events up the ante against other offerings in our lineup of racing games for iPhone. 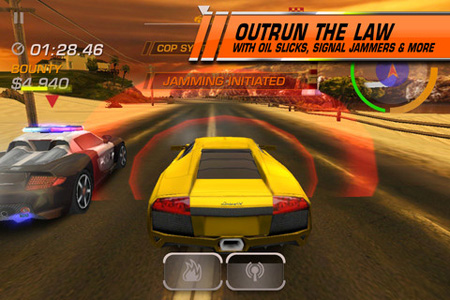 The NFS series needs no introduction as it has captivated gamers over the past years with its adrenaline pumping titles. This time around, Need for Speed Hot Pursuit hits the iPhone terrain complete with all the features one can expect from the acclaimed franchise. This includes Autolog attributes such as Speedwall, Recommends and Friends List. The game enables players to either take on the role of the escapee or the cop in high pursuit. You can experience up to 20 real-world production cars, out of which 15 are noted to be police versions. Rope in a friend for an ‘ultimate cat-and-mouse road race’ through Bluetooth or local Wi-Fi. 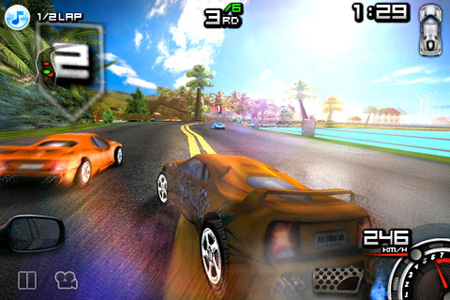 Nothing illegal about having some radical fun on your mobile phone now, is there? Catering to that purpose is Race illegal: High Speed 3D from Chillingo. Touted to deliver a true arcade racing experience while on the go, this next entrant in our racing games for iPhone roster provides players with a plethora of supercars and various optimization combinations. 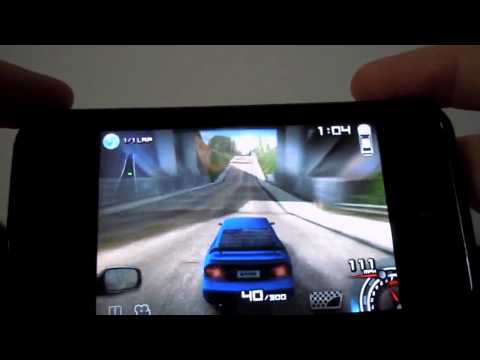 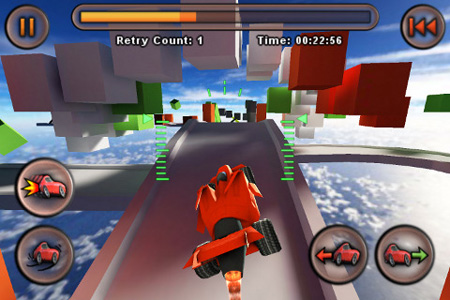 Similar to the aforementioned title, Jet Car Stunts also portrays 3D elements along with other interesting features such as mid-air hoops, spiral roadways, massive jumps, floating platforms and outlandish maneuvers. Hailed to be a masterpiece by ardent iPhone gamers, this title delivers smooth gameplay, tight controls and original levels. Unlike others in our list of racing games for iPhone, the rides involved in Jet Car Stunts are a merger between a jet and a car, complete with in-air control surfaces. Adding fuel to the excitement are 36 individual tracks, 26 new downloadable tracks with in-app purchases and 8 free downloadable tracks from its Lite version. 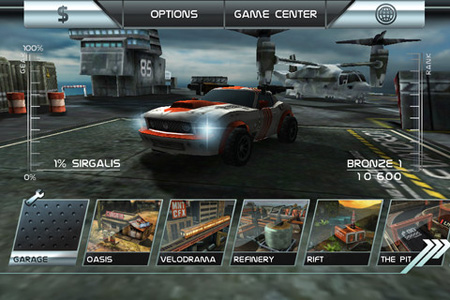 Besides sitting pretty in your iPhone, Death Rally also engages you in intense gameplay with over 6 hours of guns, cars and explosive fun. The title is packed with an extensive single player career mode and events as well as upgradable weapons, cars and challenges. You can battle it out on the road with the likes of guest drivers such as John Gore, Barry Wheeler and Duke Nukem. The game has been recently updated with an action-filled Death Rally multiplayer mode where up to four adrenaline junkies from all across the globe can race against each other to see who emerges victorious at the finish line. They can also avail of 6 maps, 1 car Shrieker and an all-new flamethrower. 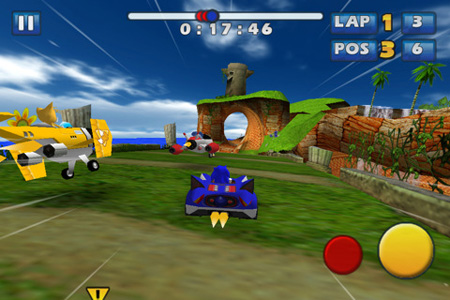 You have seen this quick little blue hedgehog work his magic on Sega Mega Drive consoles and other platforms as he fought against all odds to defeat his arch nemesis, Dr. Robotnik. Now you can watch him tear it up on the iPhone terrain as well, along with 10 other iconic characters plucked right out of the Sega universe. Offering a slight twist when compared to the more serious racing games in this array, you can zoom across the terrain, seated in various vehicles like a plane, a bike, a car, a monster truck and even a banana while adorning the skin of your favorite character. Sega lays out 15 white-knuckle courses as well as 25 missions, a trio of Grand Prix Cups, and the dueling Battle mode. You can get the party started by taking on up to 3 pals online and 1 over local Bluetooth.

Suit up, fasten your seat-belt and get comfy in the cockpit, as you zoom across the best racing games for iPhone. So put the pedal to the metal and let us know which titles in particular received the wave of the checkered flag from you, at the finish line.