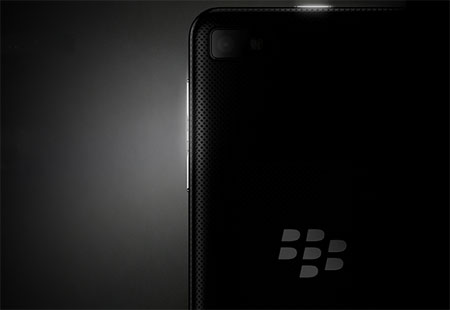 Images of a full QWERTY BlackBerry N-Series handset have been leaked, and the rumors and leaks we’re seeing off late seem to have no end in the build up to the company’s official announcement, now edging ever so closer. RIM plans to hold an event on January 30, 2013, where it is expected new phones will be launched along with the new OS.

The BlackBerry N-Series phone has its full QWERTY keypad straightened out. This closely resembles the keypad found on the Porsche Design P’9981 model, which we recently saw redone in a black shade, although the leaked image shows a device with a fairly larger screen than the P’9981.

In the weeks that have passed there has been quite a buzz on the official BlackBerry blog. On December 19, it was revealed through a post that a few ‘elite’ fans were invited to the company’s headquarters at Waterloo, Ontario for a sneak peek at the new operating system. They were also given a hands-on with the OS.

Then just a day later came an inside look at the capabilities of the new browser. In an HTML5 browser demo running on the new OS, the guys from Inside BlackBerry took us through a neat feature: bookmark tagging. This allows an uncluttered browsing experience when using bookmarks.

There are also a few other changes made to the browser based on user feedback. In keeping with giving its users the freedom to see and do more, the URL bar at the bottom has been condensed and the title bar at the top conceals itself giving more screen space. Check out the video below demonstrating the aforesaid capabilities.

But there was to be a lot more interest. In fact, there was a bit about the new full touch phone, supposedly readying for an official reveal at the RIM event early next year. Dubbed the Z10, it is believed to belong to the company’s L-Series.

Little is known about the BlackBerry N-Series phone with a full QWERTY keypad that has eluded capture until now, Crackberry notes on the leaked images which showed up on CNbeta. Less so is known in terms of its specs and working. But all those pumped up about the company’s new models will have to wait for details to be made official at next month’s launch event.