Quip word processor for iOS devices like the iPhone, iPad and iPod touch running version 6.0 of the platform or later has been launched, while its Android counterpart is slated to hit the Play store very soon. Those who have a Google-certified gadget and wish to take a look at the latest application, can do so by downloading its preview release. This Quip utility has also been made available for Windows and Mac OS X desktop computers.

The modern word processor is said to have the ability to create beautiful documents on a wide range of devices including PCs, tablets and smartphones. It should come in handy for those who need to collaborate with others as it displays a thread of updates consisting of files as well as messages. You can make to-do lists or even take notes which can easily be shared between compatible gadgets. Another one of utility’s many advantages is that it works offline and syncs documents as and when an internet connection is available. 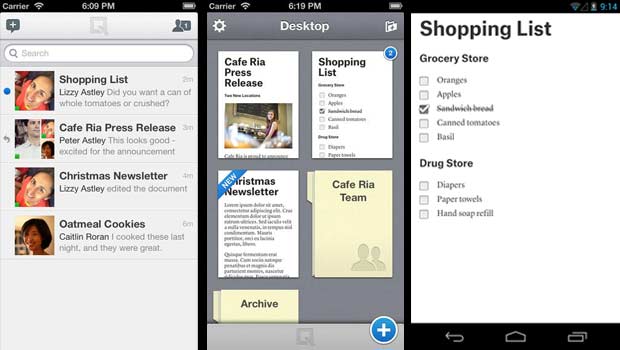 As online chatting is integrated into the thread which features the document, subscribers are not required to shuffle between windows for collaborative editing and discussions. The word processor facilitates sharing folders compromising multiple files with a number of people and allows all of them to add files in it. An option to create sub folders has also been added and you can choose to make it accessible to select members.

Considering that it lets multiple subscribers edit a single document, there is something called as Diffs for letting everyone know who made a particular change. As they are highlighted in different colors, it is far easier to review edited versions. The application has @mentions for people and documents and shows how many members read a particular chat message. 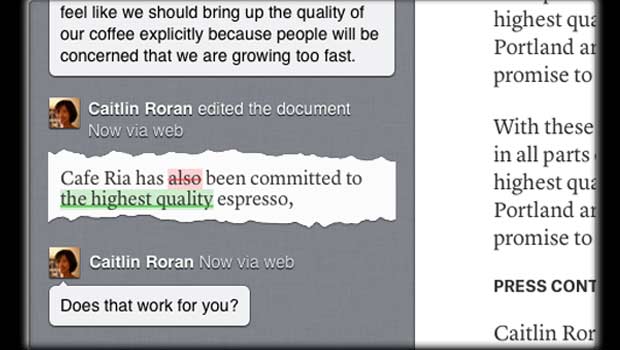 Quip is now available for free. Desktop users can simply head over to the official site and sign up to start using the word processor right away.