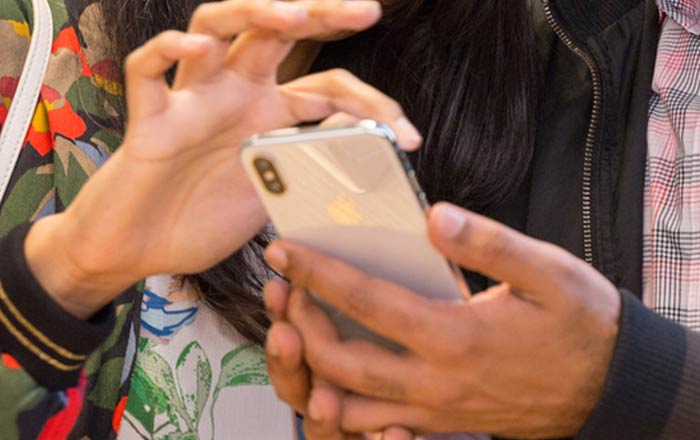 In a repeat performance of last year, Qualcomm has once again beaten Intel when it comes to iPhone LTE speeds. The former’s modems were present on all of Apple’s handsets up until the iPhone 7 when the company decided to split its affections between the two.

Apple’s continuing this practice in 2017 as well, putting Qualcomm chips in the iPhone X sold by Sprint, US Cellular, and Verizon, in addition to units in China, India, and Australia. The Intel-running iteration is available through AT&T, T-Mobile, and other global carriers. The unlocked iPhone X apparently carries Qualcomm’s goods.

Cellular Insights tested the performance of the modems on LTE Band 4. Both started out at 195Mbps but Intel took the first dive to 169Mbps when the signal dropped to -87dBm. Consumers might feel the difference between the rivals in weak signal environments as Qualcomm averaged 67% faster speeds in those conditions.

The results are pretty similar to last year’s, but the Intel chipset actually managed to narrow the gap this time round. It’s definitely improving, but Apple may have had a hand in that. PCMag speculates that the brand is tuning the 2 iPhone X variants to have similar LTE performance, perhaps in an attempt to level the playing field.

After all, T-Mobile and AT&T might get miffed that Sprint and Verizon get access to superior LTE skills. This may not be an issue next year as Apple is reportedly planning to ditch Qualcomm entirely for Intel. Looking beyond that, it could perhaps develop its own modem and kick Intel to the curb by 2020.

Apple Looking Into iPhone Call Drop Issue That Persists Even After...