Qualcomm’s Snapdragon 800 has turned heads in benchmarks and real-world performance, but for the chip maker, it isn’t powerful enough. The company has come up with new silicon dubbed Snapdragon 805, which will be the top-tier offering for future smartphones and tablets.

A lot of bold features have been introduced with the Snapdragon 805. The company claims it to be Ultra HD compatible which means, it will allow manufacturers to design devices with 4K displays and provide the ability to output visuals in the said resolution. The new chipset will also proffer system-level support for recording and playback in 4K. Apart from these, the SOC is said to deliver enhanced dual camera ISPs as well as better performance compared to its predecessors. 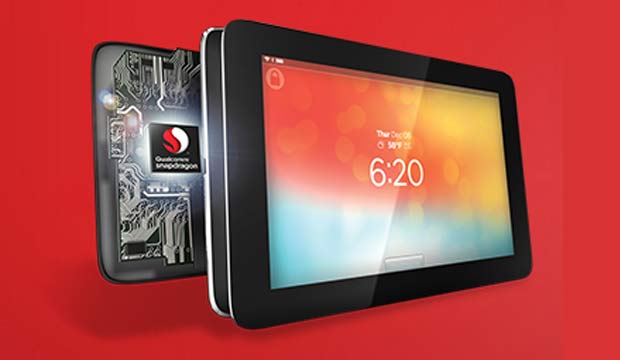 Qualcomm also highlights that the Snapdragon 805 will be better for multitasking and also consumes lesser power. The CPU architecture has been improved through the new Krait 450 cores. The of number cores in the cluster amounts to 4 and the clock speed is maxed at 2.5GHz. Additionally, the chip will proffer memory bandwidth support of up to 25.6GBps and around 40% more graphics processing through the new Adreno 420 GPU.

Qualcomm also unveiled is fourth generation modem chipset. Dubbed Gobi 9×35, it’s the first of its kind to be based on the 20nm process. It supports both TDD and FDD Category 6 LTE with a maximum of 300Mbps in download speeds. The module is also backwards compatible, supporting DC-HSPA, EVDO Rev. B, CDMA 1x, GSM and TD-SCDMA bands.

The Snapdragon 805 is currently being sampled to potential buyers and Qualcomm notes that we can expect to find it in commercial devices by the first half of 2014.