Qualcomm Ray phone is designed for the visually impaired 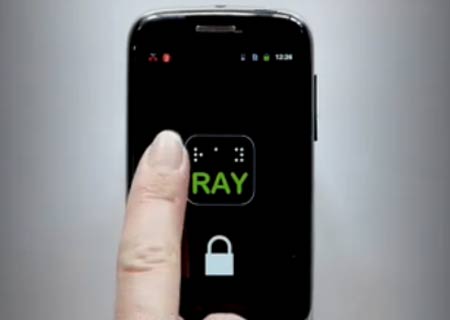 The new Qualcomm and Project Ray phone is designed specifically for the visually impaired and the handicapped, with an aim to deliver a vision-free method of interaction. Both companies have announced the development of the device, although there aren’t any launch details as yet.

According to Qualcomm, most visually impaired people depend on basic 2G mobile phones for carrying out voice communication only. For other needs, they turn to specially developed devices such as audio book readers, navigation tools, voice-enabled MP3 players and so on, which can be expensive for some. With the Ray phone, the company states that all these capabilities will be available under a single roof and at a cost-effective price. Users will also have 24/7 mobile broadband connectivity.

The device in question is based on an Android smartphone that’s equipped with a Qualcomm Snapdragon processor. The company has fitted in a simple UI that incorporates various accessibility tools to provide a convenient means for navigation and accessing features. This is made possible by combining various attributes such as a touchscreen, haptics, sensors, text-to-speech and audio feedback with the customized interface. So through this easy-to-use handset, the handicapped and visually impaired will be able to utilize a host of features and online services. They include the ability to send messages, commence voice calls, stream audio books from the internet and much more.

The cost-effective Ray handset also supports vocal navigation and object recognition in addition to social networking and entertainment services. The device is currently in development and there isn’t any concrete information on when it will hit availability status, as stated earlier.