Qualcomm may no doubt have the largest footprint in the mobile ecosystem, but it’s still playing catch-up with other chip makers. The company has now announced its high-end 64-bit processors, the Snapdragon 810 and 808, considering that Intel already has its 64-bit Bay Trail ready and Nvidia’s Denver CPU’s will arrive in the coming months.

The Snapdragon 810 and 808 aren’t the first 64-bit chips from Qualcomm. The company has already announced its entry-level and mid-range SOCs, the Snapdragon 410 and 610, respectively. Additionally, the company is working on an octa core chip for the Chinese market, the Snapdragon 615. The high-end processors will also be leveraging ARM’s big.Little design. Qualcomm has gone with an octa core design for the former SOC and an hexa core setup for the latter. 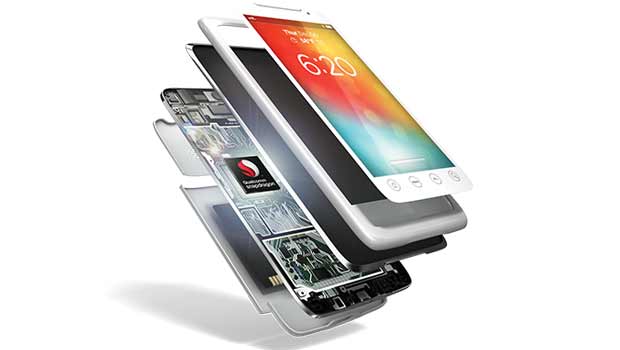 Both modules come with the company’s fourth generation Cat 6 LTE Advanced multimode modem integrated and they are designed on the 20nm technology node. The Snapdragon 810 is being touted as Qualcomm’s fastest chip till date. It features quad Cortex A57s and quad Cortex A53s along with Adreno 430 graphics that’s around 30% faster than the upcoming Adreno 420 GPU in the Snapdragon 805. This SOC also supports 4K output, LPDDR4 memory, Bluetooth 4.1, USB 3.0, NFC and 2-stream 802.11ac Wi-Fi.

Coming to the Snapdragon 808, this chipset packs support for WQXGA displays and it features a new GPU, the Adreno 418, which can deliver up to 20% more oomph compared to the Adreno 330. This SOC will have only two Cortex A57 cores and 4 Cortex A53s. It supports 4K output as well, over HDMI and LPDDR3 memory.

Qualcomm notes that the Snapdragon 810 and 808 will be available for sampling during H2 2014 and they will reach consumer devices in the first half of 2015.